Amendment of IEC Provisions under Foreign Trade Policy by DGFT 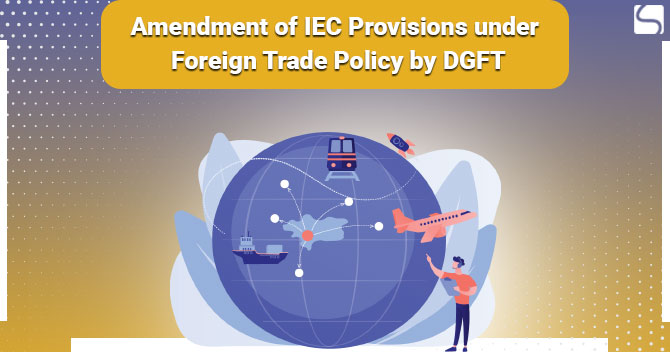 Also, it shall be significant to state that these provisions will come into effect on an immediate basis, once it’s get approved by the Ministry of Commerce and Industry.

In this blog, we will discuss about the amendment of IEC Provisions under Foreign Trade Policy by DGFT.

The Foreign Trade Policy or FTP 2015 to 2020 was launched by the government on 01.04.2015. The said policy aimed to provide a framework for increasing and boosting the level of exports and employment in India. Also, the same was made in consonance with several government initiatives, listed as follows:

Further, it shall be considerate to take into note that in March 2020, the central government decided to extend the validity period of Foreign Trade Policy 2014 to 2020 by one year. That means the Foreign Trade Policy will remain in force till 31.03.2021. Moreover, the same was done in the light of COVID 19 epidemic, to offer relief under various export promotion schemes.

Also, Read: All you need to know about Import Export Code Exemptions in India?

The key amendment of IEC provisions made by DGFT can be summarised as:

The provision of 1.11 deals with the issue of e-IEC (Electronic Importer Exporter Code). As per the previous regulations, it is mandatory to have Import Export Code for the import or export to or from India. The same was specified in paragraph 1.05 of the policy.

Further, DGFT issues the same in electronic form. The applicant needs to file an application on the http//:dgft.gov.in for the issuance of e-IEC.

Also, it shall be necessary for the applicant to upload the necessary documents and pay the required fee by way of Net banking. After that, submit the duly signed application.

However, based on the amended IEC provisions, an applicant can file the application for IEC Registration, directly on the official DGFT portal at https//www. dgft.gov.in.

Based on the previous provisions, the process for filing application for IEC Registration is completely online, and the applicant can download the issued IEC based on the procedure prescribed in the Handbook.

However, as per the new provisions, the process for filing application and updation of IEC is completely online, and the same can be generated online by the applicant by following the procedure mentioned in the Handbook.

Insertion of Sub-paragraphs under Paragraph 2.05

The sub-paragraphs inserted under paragraph 2.05 are as follows:

An Import Export Code holder needs to confirm that the details mentioned in its IEC are updated electronically on an annual basis. The same will be done during the period of April to June.

Also, if in case there are no changes in the issued IEC, then, in that case, the holder needs to confirm the same online.

If in case an applicant fails to update its IEC online within the time prescribed, then, in that case, the issued IEC will be deactivated by DGFT.

However, it shall be relevant to state that the Director General of Foreign Trade may activate the same if the applicant successfully update it online. However, the same must be done without any violation to the provision of the Foreign Trade Policy.

It shall be relevant to state that there are chances where an IEC may get flagged for scrutiny as well. In this case, the applicant or the IEC holder needs to address the issues flagged on a timely basis, else the same will result in the deactivation of IEC.

Effect of Amendment of IEC Provisions

It shall be considerate to take into the note that the IEC related provisions provided under Chapter 1 and Chapter 2 of the Foreign Trade Policy 2015 to 2020 are amended/ deleted and new provisions are inserted accordingly.

In a nutshell, the Director General of Foreign Trade Policy has proposed amendment of IEC provisions under the Foreign Trade Policy 2015 to 2020. The said amendment relates mainly to the process of filing application and updating IEC code by the IEC holder, and will come into force from the date it get approved by the Ministry of Commerce and Industry. 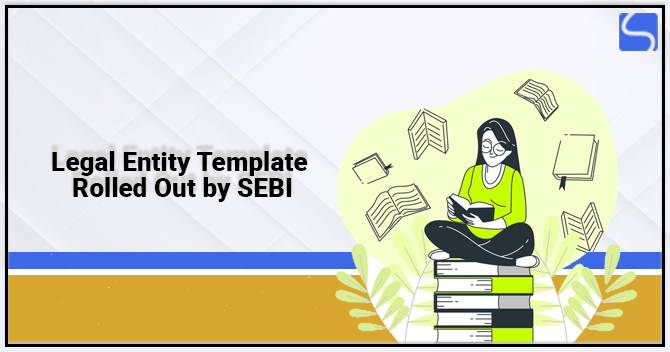 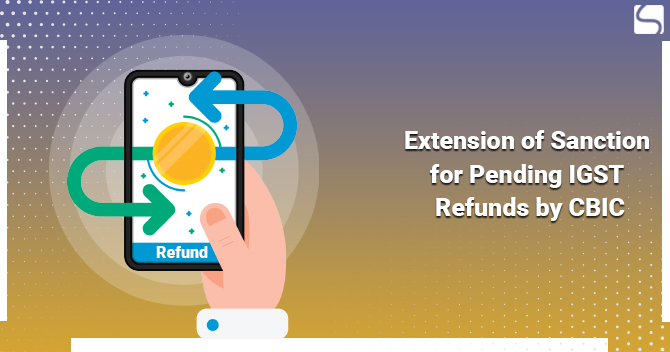 Extension of Sanction for Pending IGST Refunds by CBIC

Recently, the CBIC or the Central Board of Indirect Taxes and Customs has notified an extension of sanction for pending IGST refunds in the cases where the records have not... 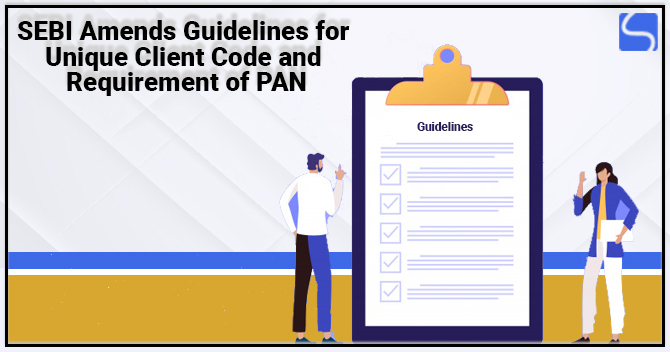 The Securities and Exchange Board of India, through a Circular No SEBI/HO/CDMRD/DNP/CIR/P/2021/30, issued on 08.03.2020, has notified amendment in the guidelines for Unique Client Code and Requirement of PAN. The...