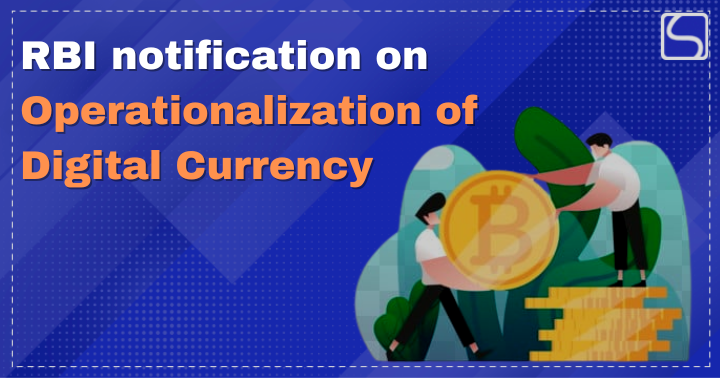 One of the main functions of the Reserve Bank of India is the management of currency in India. It also operates in India’s production, designing and overall management of money. The RBI issued a notification on 7th October 2022, announcing the pilot launch of digital currency in Digital rupees (e₹) for some exceptional cases. The Operationalization of the Digital Currency- (e₹-W) Wholesale Pilot will start on 1st November 2022. The first Pilot in Digital Rupee – Retail segment (e₹-R) is also expected to be launched soon.

The Central Bank Digital Currency, or CBDC, is a digital form of currency notes issued by a central bank. The objectives for giving CBCDs might differ for each country according to their requirements. The Operationalization of digital currency will be an extra option to the current money system. It is substantially similar to banknotes but in a digital form, which makes it comparatively easier, faster and cheaper. Digital currency also has other transactional benefits than other forms of digital money.

The RBI, or Reserve Bank of India[1], released a notification on 7th October 2022, announcing that RBI would be starting the pilot launches of the digital currency in Digital rupees (e₹) for some exceptional cases.

According to RBI, the Operationalization of Digital Currency- (e₹-W), Wholesale Pilot shall start on 1st November 2022.The first Pilot in the Digital currency of Rupee – (e₹-R) Retail segment is to be launched in select locations in closed user groups of customers and merchants.

Using Digital Currency is expected to make the inter-bank market much more efficient. Settlement in central bank money will reduce the transaction costs by pre-empting the need for settlement guarantee infrastructure or collateral to mitigate settlement risk.

The following Banks have been identified for participating in the Pilot namely:-

The Reserve Bank of India issued a concept note for Central Bank Digital Currency (CBDC) for India on 7th October 2022. The main objective behind the concept note is to create awareness about CBCDs and the Operationalization of digital currency in Digital rupees (e₹) in specific. It also discusses the choices, objectives, risks and benefits of issuing a digital currency in India. The concept note mentions the critical considerations for the digital currency, such as design choices, technology, uses and its implications on the entire banking system, finances, policies, privacy system, etc.

The importance of CBDC includes:

RBI has been working on the analysis of the pros and cons of introducing CBDCs for some time. RBI is currently working in favour of a phased implementation strategy and is planning for step-wise systems through different stages of pilots, which the final Operationalization of digital currency would follow. RBI is also checking the use cases that could be implemented with less or zero disruption. Depending on the different use cases, various technological options will be tested based on the outcomes; the final architecture will be decided. RBI is exploring the possibility of implementing account-based CBDC in the Wholesale segment & token-based CBDC in the Retail segment vide a graded approach.

This phase involves the following steps:

CBDC, or central bank digital currency, holds many promises by assuring transparency & low operation costs, along with other benefits and the strength to expand the existing payment systems to meet the needs of a broader category of users.CBDC, across the world, is either in the conceptual, development, or pilot stages. Therefore, in the absence of precedence, an extensive stakeholder consultation and an iterative technology design must be incorporated to develop a solution that meets the requirements. Concept Note on the Operationalization of digital currency provides a high-level view of motivations for introducing CBDC in India, its potential design features, implications on various policy issues, and the possible requirements of a technology platform. Inferences drawn here are exploratory though they appear to be most suitable at this juncture.

Snehita has her qualifications in B.Com LLB and LLM, and holds a specialization in Corporate & Financial Laws and Policy. She is hardworking, dedicated and sincere. She has a great command in english and has great problem solving, critical thinking and writing skills which makes her stand out of the crowd. She has a keen interest in legal research work and content writing, she also has a hold in legal research methodology. She loves to take challenges and to explore new topics to research on. She aims to improve her knowledge and skills through her experience. 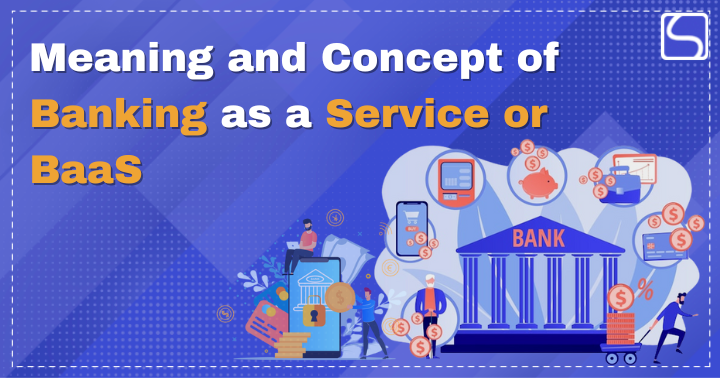 Meaning and Concept of Banking as a Service or BaaS

Banking as a Service or BaaS is a new FinTech innovation that is enabling FinTech& Bank Collaborations. In the past few years, the banking sector has gone through somewhat of...