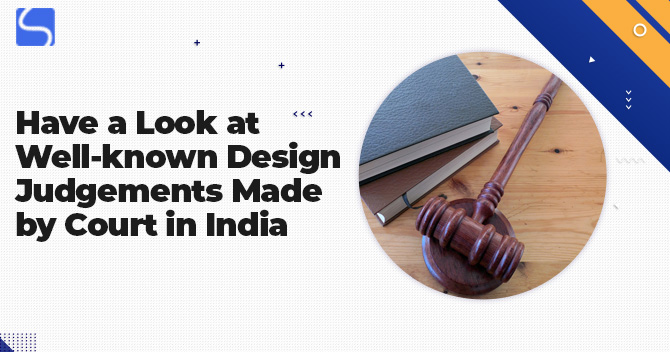 According to the Design Act, 2000, the word design means only the aspects of pattern, shape, and configuration, the compositions of colours or lines available on any article, whether 2d or 3d, set out by any industrial means or process, and doesn’t comprise any mark as described in the Cause (v) of sub-section (1) of Section 2 of the Trade & Merchandise Marks Act, 1958. In this blog, we will understand some of the well-known design judgements made by the honourable Court in India.

What are the Benefits Under Design Act?

Following are some benefits under Design Act:

In a motion of temporary ban before the Bombay High Court, Whirlpool claimed that Videocon had infringed its registered design for its washing machine, possessing in a shape of a rectangle on one side & a semi-circular shape with a discarded panel for the knobs. The respondent also assured that the petitioner had two identical designs & the design in this suit possessed a lesser variation.

In light of Section 6 (3) & (4), the registered design, the Court held that the design couldn’t be declined even it lacks originality or already recognised by the public. The Court, after disapproving the invalidity claim, examined the infringement issues based on the look. Holding that the similarities were essential than any marginal differences, the Court said that there was an infringement of the applicant’s design. This was undoubtedly one of the prolific design judgements from the judicial point of view.

The applicants were the two companies in the business of buying empty beer & paper from small merchants in Tamil Nadu. The protected bottles were then routed to Madhya Pradesh and Karnataka for the purpose of recycling. The petitioners claimed they were concerned in the business for more than thirty years & have required approval to do so. The claim of the applicant that two government authorities that are Regional Transport Officer & the Local Inspector of Police dishearten them from carrying out such activity.

It was found that some bottles acquire Design Registration under the Act by certain distilleries. The imposition agencies argued that such transportation is illegal from the point of view of the Design Act. Actually, the FIR has been filed against the applicants, alleging Section 406 of IPC and Section 22 of the Design Act. The applicants claimed that the proposed agencies were not permitted their vehicle to pass and that no one could be stopped from transporting bottles in such a way without an injunction from a court.

The High Court discarded the petitions by announcing that they were without merit and their claim was indistinct; therefore, no blanket order could pass for this objective. Evidently, while making the design judgements, Court considers the impact of the infringement on other section as well.

Though the D shaped design was not novel in common sense, it was actually from the viewpoint of law. Although the concerned design was recognised, its application to the tablet was innovative, making it entitled to the Design Registration. The tests of understanding the similarity between two designs have to be judged by the eye, and each design has to be recognised as an overall with all its features, regardless of accordance.

Application for a visceral ban prevents defendants from infringing registered design available on the applicant’s products & for direction to the defendant to pay reimbursement for damages caused by the candidate. The question was whether litigation for design violation could be filed in the Court within whose jurisdiction the applicant resides. No provision in the Act of Design concerning authority. Hence, it is clear that litigation should be filed pursuant to general principles in the Code of Civil Procedure.

Petitioners sued the defendant on the basics of design violation concerning the cup in which jelly was being packed. The applicant alleged that the responsible person had violated the Design Act provisions by using the same design. The Court suggested that the Design Registration for the standard lacks application of mind & originality of the design.

The shape is broadly identified geometrical shape, and it does not o0bey the novelty in terms of dimensions or shape. While providing a temporary injunction, the Court should consider that the design should be correctly registered, and it should be a certain element of originality & newness in the same.

While making the design judgement, the Court introduced that the applicant has filed to describe any form of uniqueness in the bottle design or certificate of registration. There is no particular dimensional ratio of the bottle given in the design. The majority of the manufacturers produce bottles for comprising particular liquid quantity by measurement unless the petitioner had any claim over the particular ratio of dimension that was not early existed, there can be no originality.

There would be a complex condition when authorities find it difficult to differentiate between the Design Act and the Copyright Act[1]. Though the Design Act tells about the design factors of a specific product, sometimes it may challenge the copyright aspect. These are some well-known design judgements that are nail-biting and thought-proving.

Read our article:What Are The Responsibilities of Software Copyright? 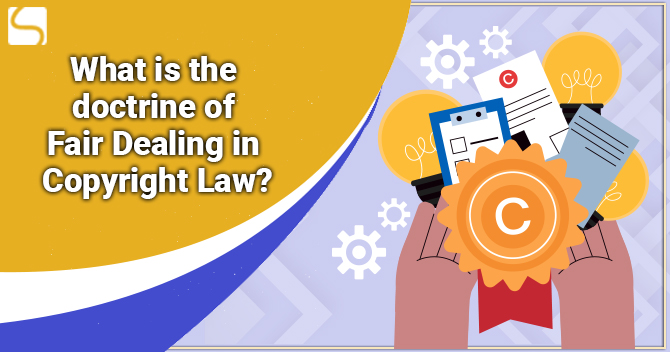 What is the Doctrine of Fair Dealing in Copyright Law?

The doctrine of Fair dealing is a right of the person which is allowed in the copyright law to use of deal with the copyright protected work without taking any... 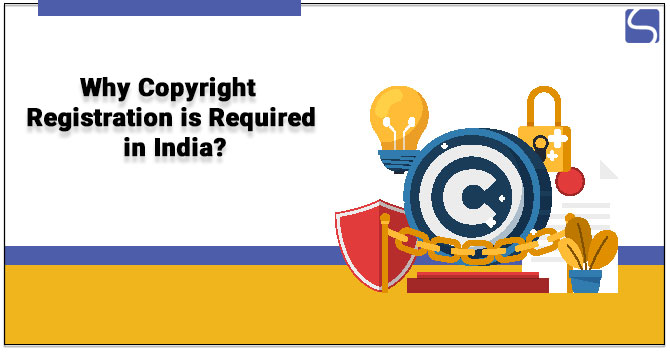 Why is Copyright Registration Required in India?

Copyright is one of the intellectual property rights under which the law gives package of rights to the creators of literary, artistic, dramatic, musical works, producers of cinematographic, software, and... 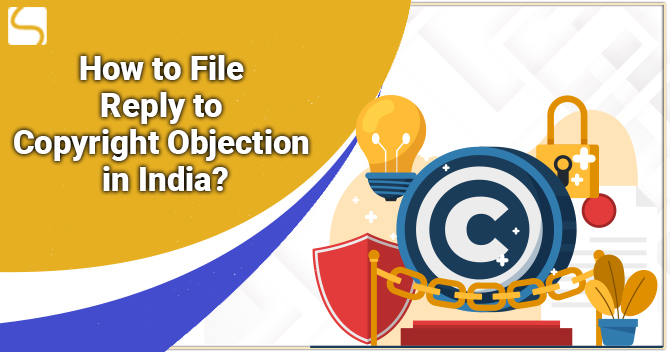 How to File Reply to Copyright Objection in India?

Copyright is a legal right that is given to the creator or the author of the original work by the law of the country so that the author can protect...