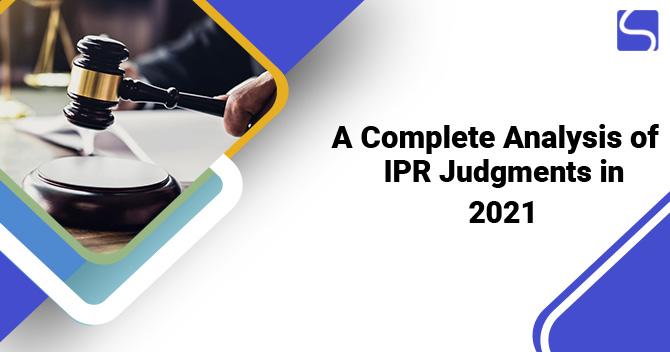 Following are all significant IPR Judgments in India 2021:

This is one of the famous IPR judgments in India. In this matter, InterDigital Corporation filed a case for the violation of their SEP or Standard Essential Patents by Xiaomi Corporation, requesting the Court to find out the reasonable, fair, and non-discriminatory (FRAND) royalty rates. However, before the proposed case was filed, Xiaomi had filed a case for setting royalty rates before the Wuhan Court on June 09, 2020, in which an anti-suit judgment was passed against InterDigital on September 2020, and it’s against the anti-suit injunction that InterDigital applied for assistance before the Delhi High Court.

The dilemma before the Court was whether this injunction was restrictive of InterDigital Corporation’s right to seek examination on the level of Infringement (which was not an issue of argument before the Wuhan Court) and if in such a case the High Court of Delhi could forgo the Comity of Courts’ principle by allowing an anti-execution or an anti-suit injunction.

Responding in affirmative, the Court allowed India’s first anti-anti-suit injunction declaring that the subject matter of the commercial case before them and the case before the Wuhan Court were not the same and the enforcement of overseas interest cannot be given priority over that of a domestic forum. An ordinary point of displeasure with this order says that the Court ignored the fact that the infringement case, if proven, would outcome in the determination of FRAND royalty rates which is already the subject matter of the Wuhan suit, thereby overlapping because of which the anti-suit injunction was provided and would lead to more confusion in the case.

In 2020, the complainant (Jain Irrigation System) accused Piyush Subhashgai, the CEO of Tera Flow Pipes (Petitioner), of violating their Trademark “Jain HDPE” and dealing with products bearing the Trademark. The current case arose when Ranipa filed a bail application in case.

The High Court of Bombay believed in the decision in the State of Rajasthan Bs. Nathu Ram, where it was that crimes, where the punishment may extend up to 3 years, would come under the group of non-bailable and cognisable, stating that the case was no longer res-Integra. Hence, the Court doesn’t consider the impact of such an IPR judgment on matters where free speech could lead to likely Copyright and Trademark infringement based rights leading to stifling legal & creative criticism.

Courts of India have tried to define and understand (EU General Data Protection Regulation in Article 17) law, balancing between the right to be de-linked from a detailed source and the right to information of the general public.

In the current case, an individual excused in the case under the Narcotics Act, 1985 applied before the Court for the decision to be removed from the digital platforms in the use of their Right to Privacy. Hence, the Court discussed whether the removal of the court order violated the duty to preserve clearness in judicial records.

In a provisional order, the Court noted that the applicant had been eventually acquitted of all cases charges, and references to a narcotics case could bring severe prejudice in their life. Hence, approving their privilege to interim aid while the case was argued further, the Court ordered Google to remove the judgment from the results.

The judgment of various Courts in India on the Right to Forgotten swings in both ways with no steady outtake and hence will be dependent on the Courts’ observation before which the issues come. With the “Personal Data Protection Bill, 2019” still in the pipeline, the legal fate of the right remains unstable with the disputes observations of the courts.

Liable to correctly determine the sale status in this case, the Court had to inspect and understand the Doctrine of Exhaustion of Copyrights or the Doctrine of First Sale concerning software & other online products and whether they can be restricted by means of EULA (End-User Licensing Agreement).

The Supreme Court deemed two appeals bringing out of High Court judgments that adjudged that the same of software consists of an interest in their Copyright, which would be considered to be income in Income Tax Act needing deduction of tax at source.

The Court replied in affirmative about the relevancy of the Doctrine of Copyright Exhaustion to computer programmes by studying the law-making intent for removing the expression “despite whether such copy has been given/sold on hire on previous occasions” from Section 14(b)(ii) in the Copyright Amendment Act, 1999 as a legal acknowledgement of the Doctrine of Exhaustion, especially regarding computer programmes. But, the Court also said that End-User Licensing Agreement could inflict reasonable restrictions, hence replace the Doctrine of Exhaustion. Moreover, the Court held that conveying the product to a distributor doesn’t amount to the first sale.

Other than the above judgments, there are also many IPR judgments in India this year.  Laws and regulations are always even on a tightrope between the purposes of the creator and the knowledge awarded to them over the years by using & discussion, and sometimes the distance between the two becomes an extensive gap. In these circumstances, the need for an hour becomes indisputable & clear interpretations that don’t harm the right owners and the citizens.

Read our article:Role of IPR in Software Industry and Their Related Industries – An Overview 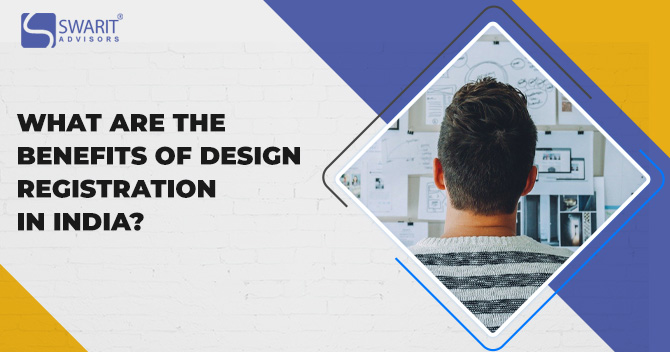 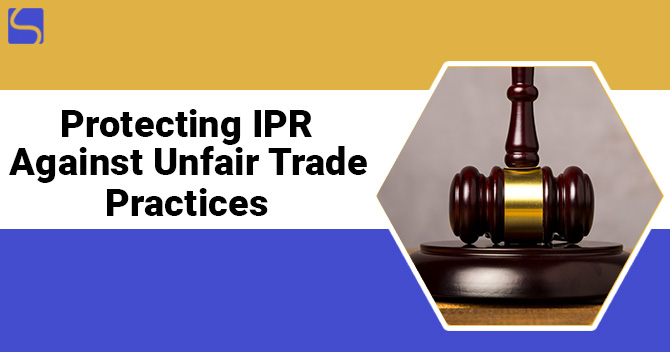