SEBI Directs Prior Approval for Change in Control by Transfer & Transmission 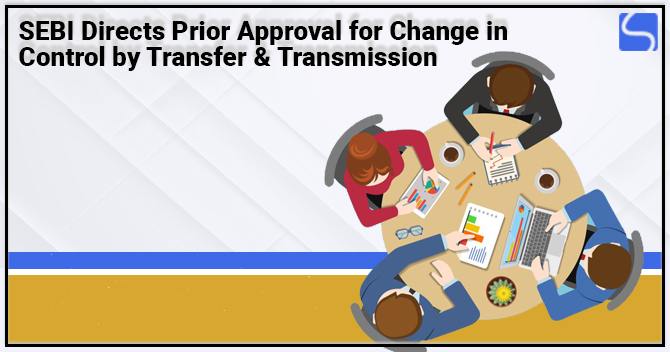 On 25.03.2021, the Apex Market Regulator, i.e., SEBI has directed all the intermediaries to seek prior approval for Change in Control by Transfer & Transmission. The same has been by way of SEBI Circular No SEBI/HO/MIRSD/DOR/CIR/P/2021/42.

Moreover, the SEBI has passed this circular under the ambit of the powers given by section 11 (1) of the SEBI Act 1992 to protect the investor’s interest and to promote development and regulation of the securities market.

In this learning blog, the keep point of focus will be the different types of prior approval for changes in control by transfer & transmission.

Concept of Transfer of Shareholding

The term transfer of shareholding means the process of transferring the already existing shares, their associated rights, and liabilities from one person to another.

Concept of Transmission of Shareholding

The term Transmission of Shareholding denotes a process by operation of law wherein the shares are allotted in a company in the name of the deceased person or an insolvent person or are registered in the name of his/ her legal heirs by the company, on the proof of insolvency or death as the case may be.

Further, it shall be noted that the transmission of shares shall take place only when a registered member dies or is adjudicated lunatic or insolvent by a competent court.

The different types of prior approval for changes in control by transfer & transmission are as follows:

In the case of “Unlisted Body Corporate Intermediary”

In the following scenarios, change in the shareholding of the intermediary shall not be construed as a change in control:

In the case of “Proprietary Firm Type Intermediary”

In the case of “Partnership Firm Type Intermediary”

It shall be noted that the change in partners and the ownership interest of a partnership firm type intermediary will be dealt with in the manner as follows:

In the case, where a SEBI registered entity is incorporated as a partnership firm with two or more than two partners, then, in that case, inter-se transfer among the partners will not be termed to be a change in control.

Also, it shall be noted that where the partnership firm comprises of only two partners, then, in that case, the same will considered as dissolved upon the death of either of the partners.

However, if in case a new partner has been inducted into the firm, then, in that case, the same will be termed as a change in control, needing fresh registration and the prior approval of SEBI.

Wherein the partnership deed comprises of a clause that in the case of death of a partner, the LRs (legal heir) of the deceased partner can be admitted, then, in that case, the legal heirs may also become the partners of the said partnership firm.

Also, it shall be noted that in such a scenario, the partnership firm is reconstituted.

However, it shall again be noted that the bequeathing of partnership right to legal heirs, by way of the process of transmission, will not be termed as a change in control.

In the case of “Incoming Entities”

All the Incoming entities or shareholders becoming a part of the controlling interest in the intermediary, in consequence, to transfer of shares from the immediate relative or transmission of shares (immediate relative or not), requires to fulfil the fit and proper person criteria prescribed in the Schedule II of the SEBI (Intermediaries) Regulations 2008.

In a nutshell, SEBI has directed all the intermediaries to seek prior approval for Change in Control by Transfer & Transmission. The same has been effected through a SEBI Circular No SEBI/ HO/ MIRSD/ DOR/ CIR/ P/ 2021/ 42, issued on 25.03.2021.

Official Copy of the SEBI Circular The Securities and Exchange Board of India, on 22.03.2021, has issued a Circular No SEBI/HO/MRD1/DTCS/CIR/P/2021/33 regarding the guidelines for Business Continuity Plan and Disaster Recovery. It was issued by SEBI... 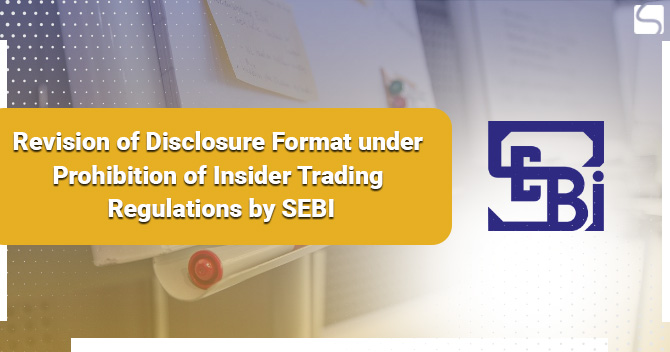 To promote the development and growth of the securities market and the use of financial technology (FinTech) companies, SEBI has prescribed a revised framework for Innovation Sandbox. The same has...