A Comprehensive Analysis on Special Liquidity Scheme for NBFCs or HFCs 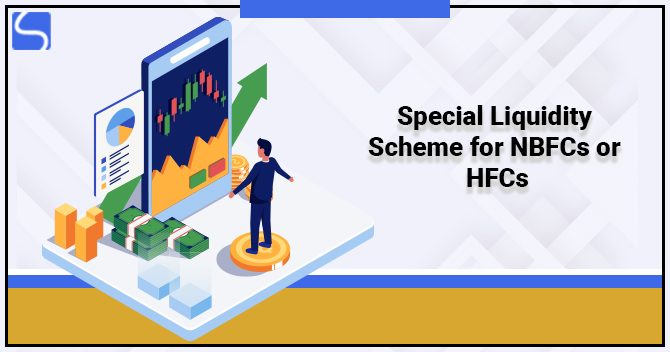 To develop the liquidity position of NBFCs (Non-Banking Financial Company) or HFCs (Home Finance Company), the Union Minister for Finance and Corporate Affairs has announced a Special Liquidity Scheme for NBFCs or HFCs of Rs. 30,000 crores on March 13 2020. The Reserve Bank of Indian (RBI) will offer funds for the Scheme by subscribing to Government assured distinct securities issued by the Trust. The total amount of the special securities issued unsettled shall not exceed Rs. 30,000 crores. The Indian Government will offer an unrestricted and unchangeable guarantee to the special securities issued by the Trust. Also, this Scheme is being launched on July 01, 2020, through a Special Purpose Vehicle in the SLS Trust form set up by SBI Capital Markets Limited (SBICAP). Scroll down to check more information regarding Special Liquidity Scheme for NBFCs or HFCs.

This Scheme was launched on the occasion when the majority of the Non-Banking Financial Companies were looking for financial leverage from the Government of India to alleviate their financial status. Special Liquidity Scheme was supported by Rs. 30,000 crores relief fund. The RBI was the only one who funded this Scheme after subscribing to the Government related special securities. The Special Liquidity Scheme for NBFCs or HFCs follows lots of positive atmospheres since it got the help of the nation’s leading apex bodies. It was also expected to advance the financial status of the present NBFCs and HFCs in India.

This Scheme will remain open for three months for making contributions by the Trust. The lending period (CPs or NCDs of NBFCs or HFCs for a short time of up to ninety-day) will be for a period of up to 90 days or three months. The funding would be used by the Non-Banking Financial Companies or Home Finance Company only to repay current liabilities and not to increase assets. Moreover, those market participants who are seeking to exit their standard investments with a lasting maturity of ninety days may also approach the SLS Trust.

What are the Conditions Related to Eligibility Criteria Drafted by RBI?

NBFC Registration done under the Reserve Bank of India Act, 1934, including Microfinance Companies registered with RBI (excluding those companies registered as Core Investment Companies) and any HFC (Home Finance Company) registered with NHB (National Housing Bank) under the National Housing Bank Act, 1987; which is fulfilling with the following conditions or guidelines will be qualified to raise funding from the proposed facility:

Restrictions of Special Liquidity Scheme for NBFCs or HFCs

Following are some restrictions of the Special Liquidity Scheme for NBFCs or HFCs:

What are the Effects of Special Liquidity Scheme for NBFCs or HFCs?

Following are some effects or results of the Special Liquidity Scheme for NBFCs or HFCs that have been observed:

By taking perception from stakeholders would help the Indian Government to shape a better scheme. Any twist after the deployment could be a monotonous task for the Government. The problem with such a scheme was that it was the only providing to a thin range of credit searcher, and this is why the substantial portion of the Scheme’s fund remained untouched.

Still, there is a sign of expectation as the Government is planning to distribute the remaining funds to the NABARD or SIDBI[1]. Such bodies will soon launch direct liquidity support to the freshly established Non-Banking Financial Company via term loans. The expenditure of such funds will not take the credit rating into account. As per the assumption of an expert, this may not be a game-changer, but at least it would lower than turbulence for financial needs to some extent.

In the past few months, the NBFCs (Non-Banking Financial Companies) have been catering their payment commitment in a better way, yet their balance sheet says otherwise. These companies were waiting for a constant remedy to re-balance their asset-liability discrepancy. They would instead choose for new borrowings available for longer terms to help the lending purpose. The present situation demands the debts market to starts rolling out funds for credit searchers without risk or credit aversion.

This Scheme is one of a generous that solidifies no benefit to small & medium Non-Banking Financial Companies. It’s weird that how the Scheme with such an absolute amount of the fund went unproductive. The Finance Ministry and the Government of India require to work from the ground up to a new and better scheme that holds the primary problems instead of pointless matters.

Read our article:NBFC Impact on Vehicle and Housing Loan Sector – An Overview 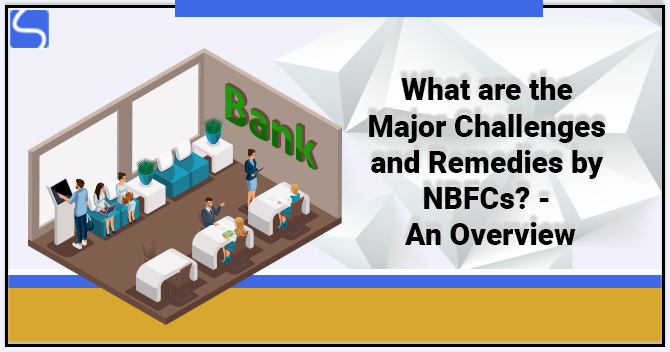 What are the Major Challenges and Remedies by NBFCs? – An Overview What is the Impact of GST on NBFCs in India?

The introduction of GST (Good and Services Tax) has been a huge innovation in the history of the tax regime in India. With GST replacing the old indirect tax regime... 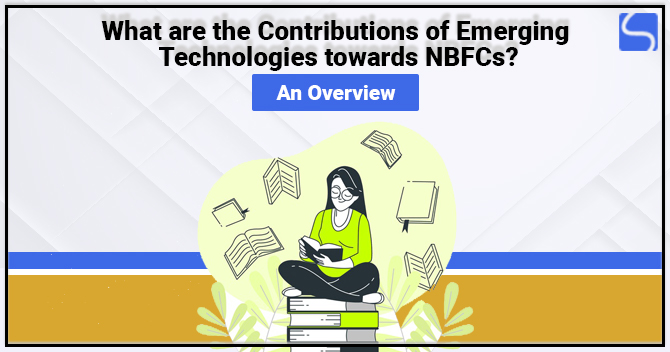 What are the Contributions of Emerging Technologies towards NBFCs? – An Overview

In recent years, the Non-Banking Financial Companies (NBFCs) have achieved unmatched value in the financial area because of hassle-free advancement or loaning. These financial companies are generally pushed to distribute...