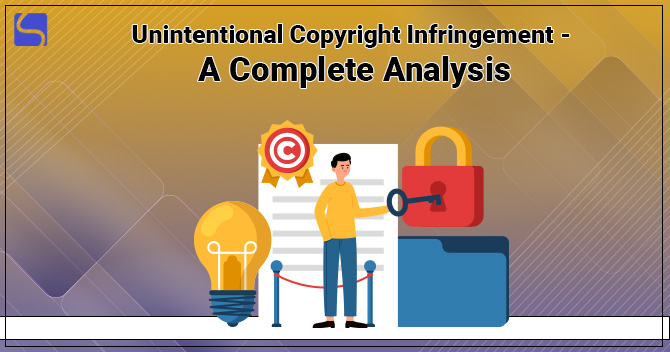 Copyright refers to the special rights of the creator to safeguard their original work like artistic, musical, literary, or any other types of creative work and the rights to publish & financially exploit their work. An author has the only discretion to decide whether to permit or further their rights to other people, such as a publishing house, record company, or producer. If any 3rd party copies a work without the consent of the actual creator, it’s a Copyright Infringement. The creator of an original work can take lawful action in the event that its Copyright is violated. Scroll down to check more information regarding Unintentional Copyright Infringement.

What is Unintentional Copyright Infringement?

Section 55 (1) of the Copyright Act, 1957[1] tells about Unintentional Copyright Infringement. This section provides that if the defendant at the infringement date proves that he or she was not aware & had no reasonable ground to believe that Copyright existed in work, then the Plaintiff is not eligible for any remedy other than an injunction regarding the Infringement and the whole/any part of the profit made by the defendant from the sale of violating copies of a declaration or order, as the Court may consider fitting in those conditions. In simple terms, Plaintiff will have only civil remedies against the infringer defendant.

In the matter of Jwala Prasad vs Ghaffur Baksh, the Court held that in case if the work is vast and the reproduced portion is separable from the unobjectionable part, the pirated or reproduced work will be stopped from publishing but where pirated work cannot be separated from the lawful work the Court will not delay in permitting to restrain the publication of the overall work.

One of the most standard remedies used by authors or creators in the case of Copyright Infringement is Primarily Civil. Civil Remedies are available to the proposed Copyright creator or author under Section 55 of the Copyright, 1957.

What is an Interlocutory Injunction?

This Injunction is the most vital remedy against Copyright Infringement. The injunction means a judicial process by which one who is frightened to infringe or has infringed the legal/impartial rights is restrained from sustaining such an act/is directed to restore or recover the matter to the position in which they stood earlier to the action.

In the matter of R.M Subbiah vs N. Sankaran Nair, the Madras High Court held that “Injunction is an adequate remedy permitted by a court in use of its judicial discretion. It has to be regarded from different facets that arise from each case’s specific set of circumstances. There may be matters or instances in which the grant of an injunction, whether permanent or temporary, will only reach the ends of justice, and extra protection for the preservation of the rights of the challenging or exacting party cannot at all be thought of. There may also be cases or instances where the injunction remedy has to be made resilient and adaptable to the situations arising in each case. A firm or company invocation without considering flexibility in applying the rule as to the Injunction might result in difficulty sometimes that cannot be cured later”.

There are three various factors that should be considered for the grant of Interlocutory Injunction:

Such remedies against Copyright Violation can be categorised into three different parts:

The purpose or objective of an award of damages is to restore the petitioner to their position before the violation. Such injuries are compensatory. Copyright Violation is a tort, and the usual principle in tort law is that losses must be compensatory. Damages in a fight to put the victim back to their place before the tort. If the Infringement is proven, damages are believed.

In the case of K Mayuri vs Microsoft Corporation, the Delhi High Court observed that Damage has traditionally been defined as monetary compensation, obtainable by success in action, for a wrong which is a tort or violation of the contract. Hence, the general concept of damages is to compensate a plaintiff for loss & injury and can also be applied to as compensatory or offsetting damages, which are awarded to recompense a petitioner for damages which he or she has suffered or is expected to suffer and to reinstate something that the Plaintiff has suffered or is likely to fail because of the illegal act of the defendant. The primary objective of the damages is to restore those losses to Plaintiff. But, as tort litigation has appeared, the concept of damages is not limited to compensation for loss & damages alone. There are 3 types of damages awarded by courts: Nominal Damages, Compensatory Damages, and Exemplary Damages.

Damages for Delivery up or Conversion

In a case for damages for conversion, it’s protection if the defendant during conversion of the violating copies proves that he or she was not aware and has no rational grounds to believe that Copyright existed in work or that he or she has reasonable grounds for believing that such documents don’t raise Copyright Infringement in work. The remedies of damages for Copyright Infringement and conversion are cumulative & not an alternative. The Court may provide both the remedies in the suitable class.

Read our Article:Difference Between Copyright Free and Royalty Free – An Overview 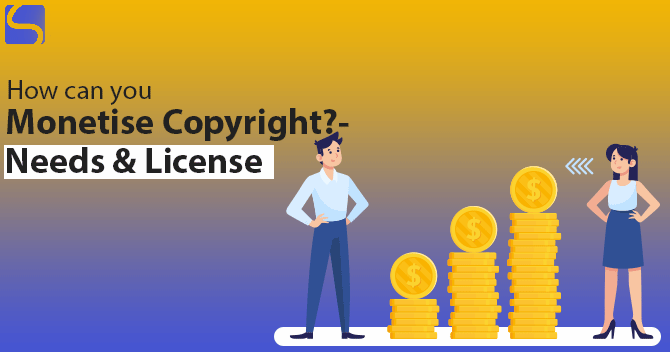 How can you Monetise Copyright?- Needs & License

Monetization of Copyright is the process of selling, Transferring, or liquidating intangible assets. The owner of the Copyright contractually transfers the rights to another person to generate revenue. Copyright shall... Know the complete Difference between License and Assignment of Copyright

A copyright is a right which gives an ownership interest in creative work and provides exclusive rights to utilize the work. The recognition of rights protects the interest of the... 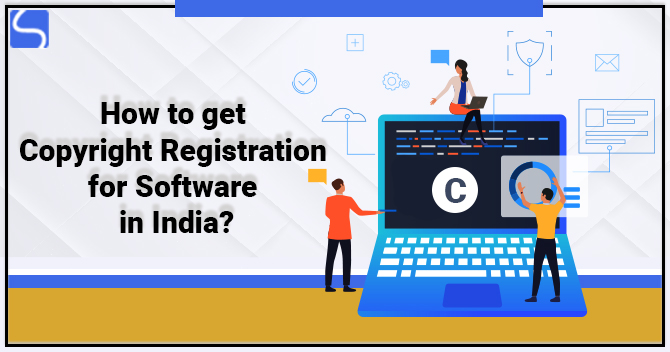 How to get Copyright Registration for Software in India?

In the past days, many people made a mistake by not getting Copyright Registration for Software, and anyone can easily copy their ideas or innovations. So to protect your work,...