What are the Groundless Threats for Patent Infringement? A groundless threat is when a party threatens another party with lawful proceedings without having a base for the threats. The threat could be produced or caused in the form of either oral or written communication. Development, research, and innovation are the primary characteristics of developing nations. India is one of them and is the primary hub of development, research, and innovation in the area of growth of IP Law. There are rights that are guaranteed and a law to safeguard the IP Rights of an individual when infringed. But, there occur cases where there exists a groundless threat of infringement. Such groundless threats are disheartened by law since it brings shame & damage to the aggrieved. In this blog, we emphasise groundless threats for Patent Infringement.

Groundless threats also indicate that a wrongful threat is a threat whereby any individual or the owner (depending on the statute) threatens another with legal proceedings without basing the threat on any reasonable basis. Intellectual Property Laws give protection to the victims of unjustified threats by preventing the individuals making the threats from doing the same. Example of such provisions in Section 106 of the Indian Patents Act, 1970.

To control the problem of groundless threats, the IP has incorporated regulations that prohibit the IP owners from making such directionless threats against businesses and individuals/persons. Section 106 of the Patents Act provides for a mechanism to safeguard the interests of companies & individuals against such baseless threats. Any aggrieved individual who is being threatened can bring a claim for seeking relief against such a threat.

The aggrieved individual or person of such a threat may bring forward action in the form of a lawsuit in the court against the acts as being indefensible & baseless. The court, after hearing the contention made by Plaintiff on the groundless threats, may rule the following:

The court may grant all or anyone of the reliefs as it may consider fit. In such a lawsuit, originally, the burden of proof lies on the Plaintiff to set up that the defendant’s IP Rights are invalid. If the aggrieved party fails to set up the Patent invalidity, then the burden of proof shifts on the defendant. The defendant has the responsibility to prove that the alleged infringer intruded upon the Intellectual Property Rights and committed Patent Infringement thereof. If the defendant fails or didn’t prove any act of infringement on the part of Plaintiff, then Plaintiff is entitled to the remedies.

Following are some examples of groundless threats for Patent Infringement:

VITA FLEX is a distributor of shoes under the brand “Nach Dr. Mauch”. The show was manufactured for 5 point pressure of foot & the Patent application was also awaiting for this product. On the other side, BATA was producing shoes that had 6 pressure point information. A notice was issued by VITA FLEX to BATA competing that there was an infringement of VITAFLEX’s IP Rights.

This is the case of groundless threats of VITA FLEX against BATA, and the petitioner brought into the notice of Delhi HC that the threats were unjustified and no Intellectual Property Rights of the defendant were being violated. Further, BATA claimed damages for such threats made by VITA FLEX. BATA argued that the Patent filed by VITA FLEX is still pending and is not yet registered to be violated.

The Delhi High Court[1] ruled that the threats made by VITA FLEX in the form of legal notices were wrong and BATA was eligible to seek an injunction against any such threats under Section 106 of the Patents Act.

TVS Motor introduced its TVS Flame 125 CC Bike, which scoured the excitement created by Plaintiff’s product BAJAJ XCD 125 CC planned to launch in 2007, i.e., 10 days after the unveiling of TS Flame. Bajaj Auto Limited filed a suit under Section 108 of Patents Act, 1970, alleging that TVS Motor was violating their patented technology by using the technology in manufacturing TVS Flame Bike. In this case, Bajaj demanded an injunction restraining TVS from violating their Patent in any way.

In response to this case, TVS filed another lawsuit under Section 106 of the Act, stating that Bajaj is making groundless threats against them. They asked for a permanent injunction forbidding the defendant from continuing the issuance of any such threats & demanded that the defendant shouldn’t interfere with the marketing, manufacturing, sale, and launch of their new product TVS Flame. Further, they directed the defendant to compensate them by way of damages in lieu of their losses due to such threats.

While expressing the judgement, the factors considered by the Supreme Court – whether YVS violated patented technology of Bajaj and whether Bajaj made threats for getting monopoly over the automobile market. The court held that if the precise technological combination as patented was copied by TVS, then it would have added up to infringement, but since there were considerable improvements made, it was not to be considered as an infringement.

Further, the court rules that even if a small variation or modification is made in the technology used, then it cannot amount to infringement and ruled in favour of TVS motor holding the threats made by Bajaj Auto as groundless.

Groundless threats in Intellectual Property Rights can hinder the R&D process, and hence to safeguard businesses & individuals from such abuse, this provision of the Patents Act exists. It safeguards the legal rights of the aggrieved parties & encourages inventions among them without any scope of reluctance.

Read our Article:Patent Licensing Dispute Between Apple 5G and Ericsson 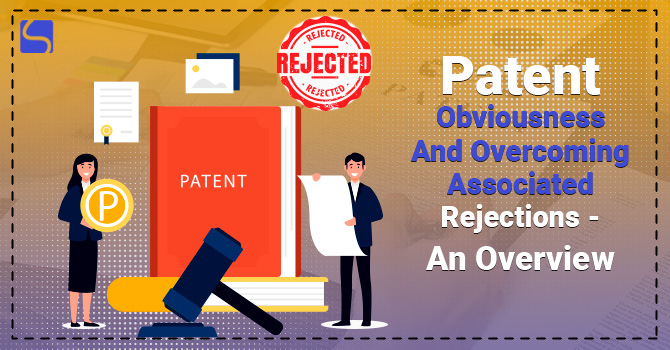 Patent Obviousness is the most challenging problem to overcome while substantiating the patentability of an invention. This is due to its subjective & unclear nature. Rejection of a Patent application... All You Need to Know About Patent Valuation

Since innovations are of vast importance in the accomplishment of a competitive edge, their protection may create robust corporate success. Hence, Patents and innovations are known to be vital aspects... 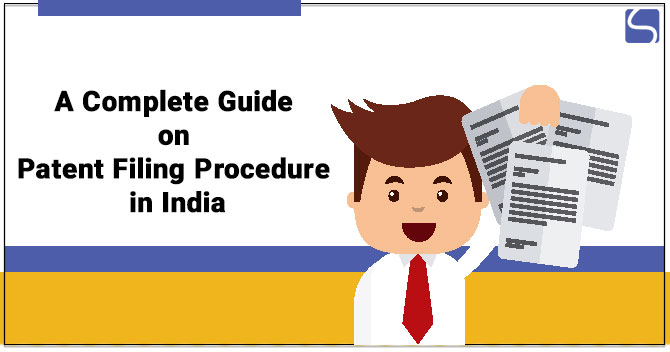 A Complete Guide on Patent Filing Procedure in India

The first important step is to file a Patent application by an inventor to safeguard their invention from being misused. The Patent filing procedure might be a little difficult and...