Difference between Merger and Amalgamation in India 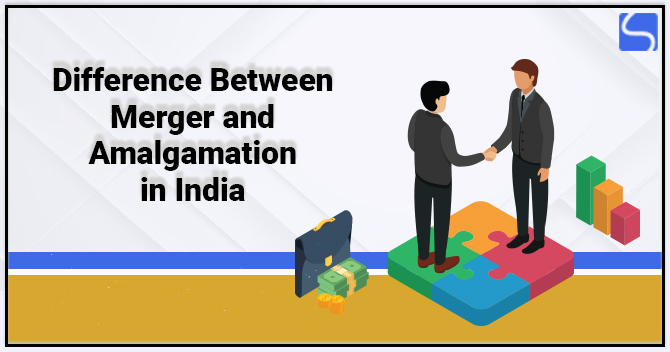 Merger and Amalgamation are two terms which are quite frequently used in takeovers of business to grow and make returns in the market. The deals in merger and amalgamation are increasing day by day. Amalgamation means where one business entity acquires one or more business entities to form a new one. Whereas, Merger means the consolidation of two or more companies to form one single joint entity having new management structure and business ownership where both the companies come together to merger together as a one unit with a new name to gain the benefits and synergies in operations. This article will discuss about the difference between merger and amalgamation in India.

Understanding Amalgamation of Companies in India

Amalgamation of companies occurs when two or more companies combine and create a new one from it. Amalgamation happens between one large company and several smaller or less financially stable companies.

Amalgamation is a strategy adopted by the company for various purposes such as:

For example: Maruti Motors in India and Suzuki based in Japan amalgamated to form a new company Maruti Suzuki (Idia) Limited.

Also, Read: The Financial Impact of Merger and Amalgamation on Banking Sector

Understanding Merger of Companies in India

Difference between Merger and Amalgamation

Why do Companies Prefer Amalgamation and Merger?

Companies prefer to amalgamate and merge due to following reasons:

Types of Merger and Amalgamation in India

It takes place between the companies having similar line of business of similar products. The purpose of merger is to acquire an advantageous position in the market, reduce competition and expand its reach in the market.

It is the combining of two companies dealing in similar type of products however, the stage of product at which they are operating are not similar.

When a merger is done between two or more unrelated industries or companies, it is known as conglomerate merger. The objective of both the companies are absolutely different from one another however, the main purpose behind this type of merger is to encourage business in terms of profits, operations and size.

Under this type of merger, the organizations serve to the same type of customers. Under this, even if the products and services are completely different of both the companies, still it complements each other.

Under this type of merger, the company decides to merge with its suppliers.

Cash mergers means where the shareholders are offered cash instead of shares of the newly formed company.

When a company opts to merge with its customers, it is known as forward merger.

Amalgamation in the nature of Merger

Amalgamation in the Nature of Purchase

Merger and Amalgamation in India are both useful for the companies to grow and expand its business operations in the market. Amalgamations are possibly mergers but it does not necessarily means that all mergers are amalgamations. The company can opt either of the two depending upon its nature, objective, business environment and structure of the business.

Also, Read: MCA Allows the Entry of Start-up Companies into the Scheme of Merger and Amalgamation 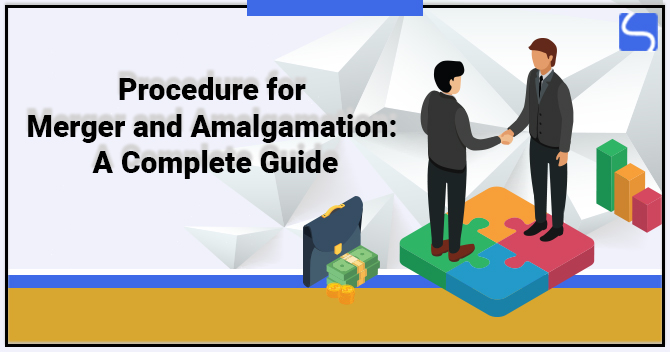 Procedure for Merger and Amalgamation: A Complete Guide

Due to the continuously changing dynamics, increased competition, advanced technologies, and globalization, the deals concerning Merger and Amalgamation have become very much common these days. Therefore, it shall be noted... 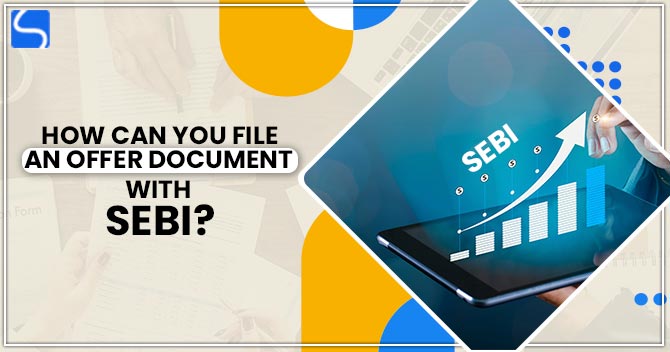 How Can You File An Offer Document with SEBI?

An Offer Document is a document that includes all the pertinent company details, initiatives, financial information, problem types, promoters, etc., and it is used by the issuer to invite subscriptions...