Difference between Trademark Infringement and Counterfeiting of Trademark: An Overview Trademark could be word, phrase, symbol, design, or the combination of aforesaid things that recognize the goods and services. Because of these stated things, a buyer can identify you in the marketplace and differentiate you from other competitors. The word “Trademark” refers to both trademarks and service marks. A Trademark recognizes the source of goods and services, provides the legal protection of the brand, helps in protection against counterfeiting and fraud. Under the Trademarks act 1999, the word counterfeiting of Trademark is not incorporated. It is significant to understand the meaning of counterfeiting, which certain English pro pounders have propounded in legal dictionaries. In the Oxford English Dictionary, the meaning of counterfeiting is defined as “money and goods for sale” It is a kind of trick to let people believe that they are getting the real thing.” In black’s Law dictionary, the meaning of counterfeiting is defined as selling and producing items that exhibit the production of genuine and real Trademark, to deceive buyers to think that they are purchasing the authentic article. Scroll down to check the difference between Infringement and counterfeiting.

What do you mean by the word “Counterfeit”?

To understand the difference between trademark infringement & counterfeiting of Trademark, we should first understand the meaning of Counterfeit; it is the practice of making fraudulent copies which paramount intention to defraud the buyer. Counterfeit products are bearing marks substantially indistinguishable from the genuine mark. Counterfeiting of Trademark falsely manipulates the customer and lets them believe that the products are, in fact, original and genuine because of identical packaging, colour combinations, and near-identical products. They are colourable imitations of the actual product. As section 104 of Trademark act 1999 states the punishment for selling goods with false Trademark, the prescribed punishment shall be not less than six months of imprisonment, which can be extended to three years with a fine same shall not be less than fifty thousand rupees and can be extended up to two lakh rupees. A considerable portion of the population cannot enjoy luxury products due to financial constraints. As a result, such commodities become a prominent target, as cheaper knockoffs can be passed off as genuine items. This is especially true in retail and clothes, where things have a limited life cycle due to ever-changing fashion trends. Consumers are frequently enticed to purchase such things for this reason. China is currently the world’s second-largest economy. As a result, it has an insatiable hunger for high-end items. Unfortunately, it is also the world’s biggest producer of counterfeit goods. Technical know-how is occasionally leaked from manufacturing centers, resulting in low-cost counterfeits in sweatshops.

What do you mean by the Term “Trademark Infringement”?

Trademark gives recognition to the products by the creation of distinctiveness from other products. Consumers are safeguarded because they rely on visual signals that the product they are purchasing is acquainted with and is of a regulated and thus of safe quality. Consumers utilize the most frequently used trademark logo to identify the product concerning the company. A competitor may attempt to market his goods by copying an existing brand to induce misunderstanding. Customers may feel there is a connection between the registered Trademark and the new mark due to the resulting confusion. As a result, sales would be diverted to the brand attempting to exploit the popular Trademark’s goodwill. Trademark protection will be provided only if registered in a particular territory. This registration grants the exclusive right to use the Trademark in connection with the goods it is registered. If another person infringes on this right by using a mark that is deceptively similar to his Trademark, the trademark owner might file a lawsuit for Infringement. An action like this will be successful if proven that a trademark’s essential characteristic has been copied. Infringement of registered trademarks is defined in Section 29 of the Trade Marks Act 1999[1]. Late fashion designers are legitimately enforcing their rights, and a Delhi store owner has been forced to stop using the Sabyasachi logo in any way. There may also be instances where a mark is created that is confusingly similar to a registered or well-known trademark for a related or unrelated class of goods. Thus, the underlying goal is to confuse the consumer by using the registered Trademark’s goodwill to confuse the customer by similarities in the mark and the items, or both.

Difference between Infringement and counterfeiting

Let’s differentiate Trademark infringement and counterfeiting of Trademark. Due to the widespread use of counterfeit items and trademark infringement and the similarity in the harm caused by the two, the terms are frequently interchanged. Counterfeiting is frequently referred to as a subset of trademark infringement. However, the two behaviours must be separated to prevent the spread of the threat of economic loss by implementing particular countermeasures. In layman’s words, counterfeiting is a more blatant act of dishonesty, whereas Infringement is a more refined/sophisticated conduct. Counterfeiting is a cheap imitation that takes advantage of a consumer’s desires confined by financial restrictions or, in some cases, due to the non-availability of the desired products in that region and produces cheap knocked down products. Infringement is defined as the production of goods with similar or identical marks to cause customer misunderstanding. The goods are also identical or identical to the original brand, giving the consumer the impression that the two are interlinked. Counterfeit goods have a higher standard of proof, as the mere presence of such goods is enough for the plaintiff to file a lawsuit against the defendants. In the event of infringement, the plaintiff must show that the registered Trademark is being used by someone who is not an authorized person and that the use of identical or deceptively similar marks creates a false impression of the registered Trademark. In the case of counterfeiting, the trademark owner can ask the court to stop the ex parte seizure. Counterfeiting is a criminal offense in India same defined under Section 476 of the Indian Penal Code. Infringement remedies are primarily civil. Nike, a well-known brand, was given damages and a permanent injunction against merchants selling counterfeit goods with their logo. Both compensatory and punitive damages were awarded. Similarly, a well-known luxury brand, Montblanc, was granted relief in the form of a permanent injunction against a website selling counterfeit Montblanc products, but no damages were allowed.

We conclude here that, differentiating the Trademark infringement and counterfeiting, we can understand that due to the internet’s widespread reach, counterfeit goods and trademark infringement has reached the following levels. Counterfeiters frequently develop social media accounts where they publish images of legitimate brands. The link to finish the sale takes the user to a different website to complete the transaction. It’s difficult to monitor and oversee such sales. The simplicity with which counterfeit products can be purchased and their low cost have resulted in a loyal consumer base of willing buyers. Because counterfeits are of lower quality, brands may lose value in the long run. In layman’s words, counterfeiting is a more blatant act of dishonesty, whereas Infringement is a more refined/sophisticated conduct.

Read our Article:How to Apply for Trademark Registration for Heritage Hotels? 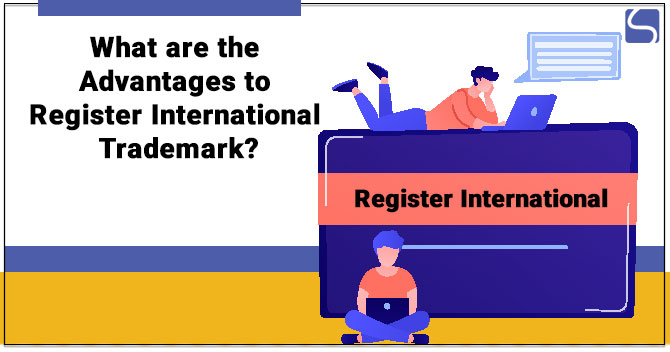 What are the Advantages to Register International Trademark?

Trademark safeguards the registered Trademark owners by offering them the exclusive rights to recognize and use their products or services from the other and providing others with the rights to... Concept of Deceptive Similarity in Trademarks – An Overview

A similar deceptive Trademark is an idea that can be understood as the Trademark created, almost the same or a look-alike of an already in existence Trademark to deceive and... 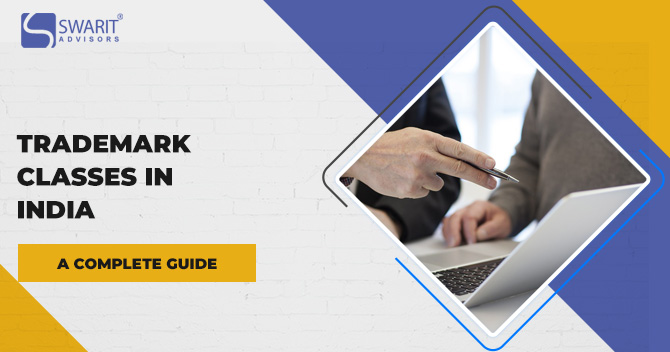 A Trademark is an imperative type of Intellectual Property Right that provides an exclusive right to the actual owner over the logo, word, name, or design. Hence, Trademark Registration is...