How Can You File an Application for Rectification of Trademark Before IPAB? 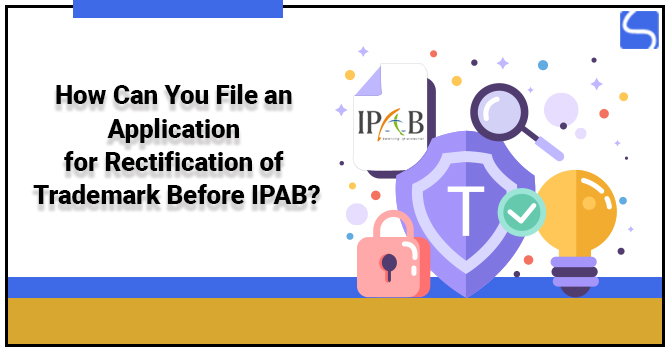 As per the Trade Marks Act, 1999, a Trademark is a mark, logo, name, or word used to differentiate the products/goods and services of one company from another company in the market. It can be compared to a distinctive birthmark. The dissimilarity of a Trademark can be accomplished by rectification of Trademark using logo, name, letters, word, device, name, numerals, and packaging of goods (3-D shapes, sound, and combination of colours).  Trademark helps to:

In this blog, we discuss the process to file an application for Rectification of Trademark before IPAB (Intellectual Property Appellate Board).

Trademark Registration is the ownership proof of the Trademark. It gives the:

Roles and Powers of IPAB (Intellectual Property Appellate Board)

The provisions concerning the IPAB are included in Section 83 to 100 of the Trade Marks Act. The Intellectual Property Appellate Board came into action on 5th September 2003. The intention to create this Board was to adjudicate appeals, hear, to rapidly dispose of the appeals against the decision of the Trademark Registrar under the Indian Trade Marks Act and Indian Geographical Indication of Goods Act, 1999. Intellectual Property Appellate Board is headquartered in Chennai. It has four other branches in Delhi, Kolkata, Mumbai, and Ahmadabad.

What are the Different Grounds for Rectification of Trademark?

The Trademarks Act (Section 57) provides for grounds of Trademark Rectification of Register.

Vital Documents Required for the Application of Rectification of Trademark

Cancellation or Rectification of Trademark Proceedings by Registry

Once the Trademark Registrars receive the application along with the fees and statement made by the aggrieved party, then the Trademark Registrar serves the application & statement upon the registered owner to file the Counter-Statement (CS). After the Counter-Statement is filed, the matter reaches the evidence stage. Both parties must file the evidence in the affidavit form. The matter is then set for final hearing. Both the parties are permitted the chance to show their case. Based on the merits of the case, the order is made.

Process Followed by IPAB for Cancellation or Rectification of Trademark

The party filing the application is required to submit its case & evidence along with the application. The registered owner also needs to submit evidence with a counter-affidavit. Intellectual Property Appellate Board (IPAB) then appoints for verbal submissions. Based on merit, the order is passed in an appropriate course.

Conditions of Appeal before IPAB

The order of the Trademark Registrar is appealable before IPAB. The appeals have to be filed within three months. An appeal could be admitted after three months if the appellant fulfilled the Board that the reason for the delay is authentic. There is no condition of an appeal against the order passed by the Intellectual Property Appellate Board. But, Writ petitions can be filed in the High Court under Articles 226 & 227 of the Constitution. The Supreme Court can also be approached under Article 136 of the Indian Constitution.

In this matter, a fast-food brand under the “Jollibee” Trademark belonged to the defendant. The wordmark “Jollibee” with the name had the image mark of a bee. The defendant had obtained the Trademark “Jollibee” in the year 2005 but had not used the same till 2017 and had not begun the business in India. The Trademark Registration was on an “Anticipated to be Used Basis”. The appellant used the same mark with the bee image. The defendant was aggrieved by the same and prayed to the Court for an injunction to contain the appellant by the same and requested to the Court for an order to restrain the appellant from using the mark. The Trial Court issued an order to the defendant. The appellant got aggrieved by the order of Trail Court; hence the appellant approached the Delhi High Court.

Observations made by the Court

Passing off occurs when a mark is confusingly similar to the mark of another; however, it is intentionally used to create misunderstanding in the customer’s minds that results in the loss or harm of business of the legal Trademark owner. A distinctive example is character merchandising which is yet to be fully explored in India. In this case, the Court ruled in the petitioner’s favour and ordered a compensation amount of Rupees one lakh to the petitioner.

Facts of the Case

In this matter, the plaintiff owned the Trademark “Yahoo” and the domain name “Yahoo.com”. The respondent tried to use the same name, “Yahooindia.com“, and went ahead & incorporated the same. The petitioner contended that the names were nearly similar or would confuse the internet user that the name had an ordinary source of connection.

The Court said that the name Yahoo had acquired distinctiveness and uniqueness & it didn’t matter that “Yahoo” was a dictionary word. The domain name using “yahooindia.com” by the respondent. Therefore, the Court permitted the order to be discontinued. The Court held that a domain name served the same purpose as a Trademark, and hence, a domain name was eligible to equal protection like a Trademark. In Cyberbooth & Anr vs Rediff Communication (2000), the High Court of Bombay observed the significance & value of a domain name and mentioned that a domain name is like a company’s corporate asset.

To prevent cancellation, removal, or rectification of Trademark proper precautions need to be taken, for instance, a Trademark requires to be timely renewed; the Trademark should be active, which means five years and three months shouldn’t have passed before the Trademark is used; nothing must be done which destroys the Trademark uniqueness.

It is essential to remember that on 4th April 2021, the Indian President encourages the Tribunal Reforms (Rationalisation and Conditions of Service) Ordinance 2021, hereby cancelling IPAB. This has been done by making changes to the Patent Act, 1970, the Trademarks Act, 1999, the Copyright Act, 1957, and the Geographical Indication of Goods Act, 2000. According to the ordinance, the pending matters before the IPAB will be transferred to the significant High Court. The High Court may either proceed further with the cases from the step at which they were initial state or before the transfer as it considers fit. According to the reports, the main reason for the ordinance was the slow justice delivery of IPAB. The IPAB has been working for the last eighteen years, which will make it hard for High Courts to take up the extra responsibility. It needs to be seen how the Indian Government will deal with the problems of pending vast volumes of cases from IPAB to the High Court.

Read our article:Will it be viewed as a Violation of Trademark norms if Your Trademark is being used by Someone Else? 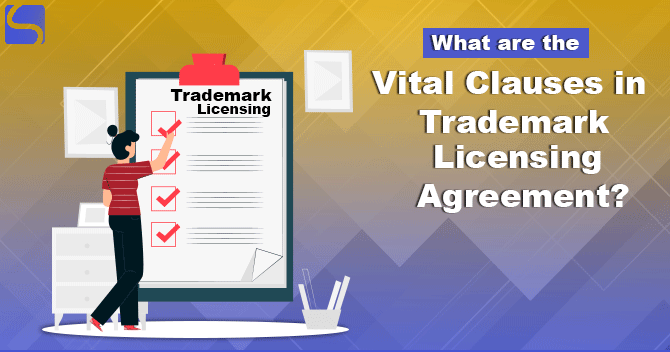 What are the Vital Clauses in Trademark Licensing Agreement?

An immense number of brands are choosing Trademark Licensing to expand their businesses and generate more significant revenue from their Trademark or brand name. The most vital factor in a... 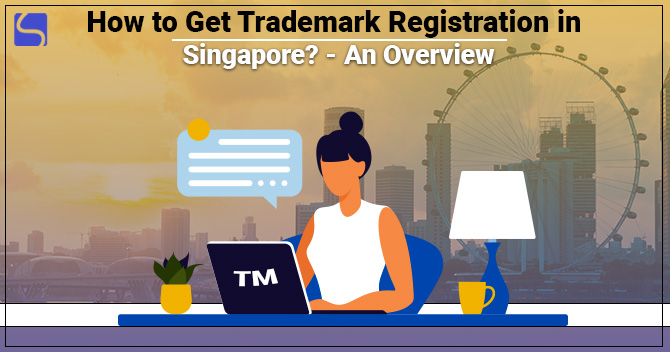 How to Get Trademark Registration in Singapore? – An Overview

A Trademark is a logo, name, signature, brand, device, colour, letter, heading, shape, numeral, or a combination of these things, which is used in the course of a business/trade to... 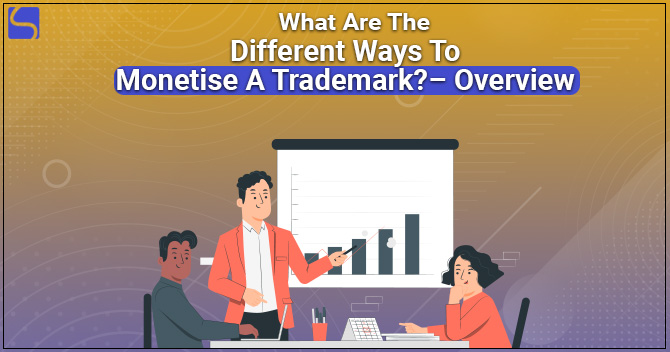 What Are The Different Ways To Monetise A Trademark? – Overview

Whenever we enter a supermarket, we see various products displayed in front of us. Such products are stocked or arranges with a collection of branded products falling under the same...