All You Need to Know About IPR Protection in Cinema 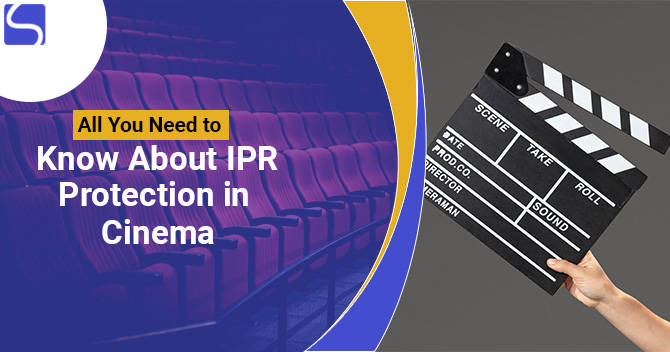 In India, everyone loves Cinema, and everyone loves watching movies either occasionally or routinely; it is because of its unbelievable capacity to adjust the human mind and make them stuck in the imaginary world that is portrayed over there in the movies. Everyone in India, irrespective of their caste, religion, age, or any other factor, will enjoy this art in some form or the other.  However, the other side of the Cinema is unknown to most of the people who just enjoy films or movies. The risk faced by the owners to safeguard themselves from illegal or unofficial use and exploitation of movies or films is simply uncountable if correct measures are not taken by owners to safeguard their exclusive rights in such types of works. Scroll down to check the information regarding IPR Protection in Cinema.

What is an IPR?

Before we discuss IPR protection in Cinema, let’s understand the meaning of IPR. IPR stand for Intellectual Property Rights are the rights provided to the owner over the creations of their minds. They generally give the creator an exclusive right over the use of their creation for a limited time period.

IPR is categorised into different parts, and you can check the same below:

IPR Protection in Cinema – An Overview

In every element of the movie, there is an involvement of IPRs. The Copyright Act, 1957[1] offers protection against several risks otherwise would have to be suffered by the producers & can be described as the essential protection as far as the exploitation of films and movies are concerned. However, the other Intellectual Property Laws such as Designs Act & Trademark Act will also play an essential role also to a limited extent. Now let’s talk about IPR protection in Cinema, such as Copyright Act & the Cinema and Trademark Act & the Cinema.

There are some examples where the movie names obtain Trademark Registration for protection under Trademark Law. Some of the examples are:

Producing a video or movie is an unwieldy process and consists of a long time duration due to the involvement of various forms of direction, choreography, recordings, script, music, screenplay and other technical departments & so on. The producer has to spill in money right from the starting of storyline discussion or even before that sometimes, to arise with a storyline that has the potential to earn decent profits when worked on and produced as per the specific expectations of the audience, which are highly unpredictable.

Hence, the rights associated with all such various works require protection by proper documentation, which can be referred to as “Title Documentation”. Then only it will be feasible for the producer with the business mind that converts a creative idea into a sellable or marketable product, to own the film’s right, to raise money to get the project done at the ground level, to make negotiations with the distributions for the potential reach of the movie to the audience in every platform.

Other related IPR protection in Cinema and The Digital Age

Digital technology not only made the whole process of film shooting easier than ever but also made it very cost-effective by reducing production costs. An extra advantage of using digital technology can be felt with extraordinary graphics and other unbelievable performances on screen. During the Covid-19 pandemic, it is only because digital technology and films, the internet, and movies could be streaming on OTT platforms. Hence, it is essential to have clear documentation for assignment or license of ownership rights, whether in entire part, to get the best result from the investment made into the film’s production.

After discussing IPR protection in Cinema, films or movies are one of the vital sources of entertainment to the audience on a large scale. But, the difficulty of the production process and requirement for the involvement of different technical departments improves the risk of possible loss that may have to be endured by the producer. In the digital age, with the movies on different platforms, it is more difficult to avail the full benefits from the film exploitation or movie produced.

Read our article:A Complete Analysis of IP Litigation in India

According to the law, the owner of an innovative idea is the one who brings it into existence unless there is an agreement to the contrary. Many of us believe... 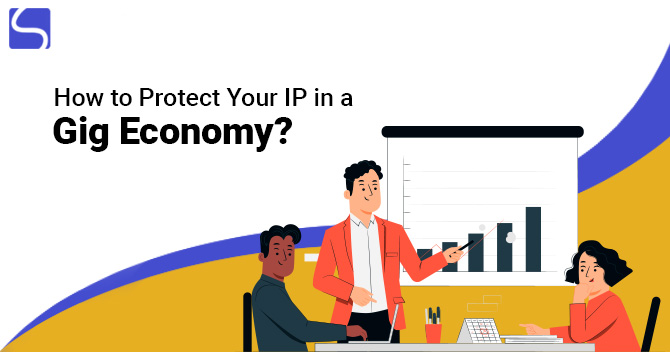 How to Protect Your IP in a Gig Economy?

Working distantly, the gig economy and contract work is rapidly increasing. Companies from various business sectors are all filling in labour gaps with gig workers, and many of them carry...

IPR for Start-ups in Singapore – A Complete Analysis

Every country's around the world wants to be at the front position of innovations and the latest technologies because it will help in economic growth and progress. Singapore, one of...