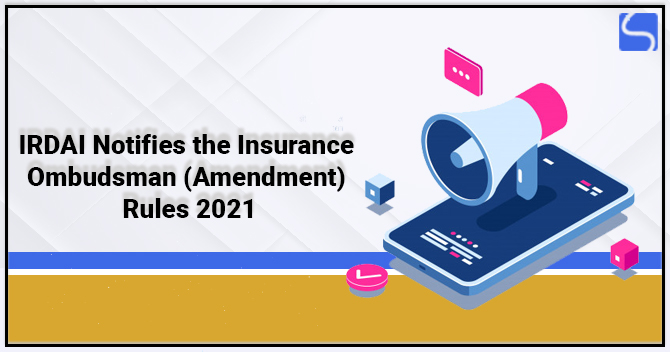 The Central Government on 02.03.2021 has notified comprehensive amendments to the existing Insurance Ombudsman Rules 2017. The reason behind the amendment was to improve the working and operations of the Insurance Ombudsman mechanism and to facilitate timely, cost effective and impartial resolution of grievance complaints concerning deficiencies in the insurance services. Also, the amended rules will be termed as the Insurance Ombudsman (Amendment) Rules 2021 and will come into force from the date of publication.

Also, it shall be noted that the Central Government had made such amendments under the ambit of the powers conferred by section 24 of the Insurance Regulatory and Development Authority Act 1999.

In India, the scheme of Insurance Ombudsman was formed by the Central Government to benefit the individual policyholders by getting their filed complaints settled out of the courts, that, too, in an efficient, cost effective, and impartial manner.

At present, there are 17 insurance ombudsmen located in different locations in India. That means any person having a grievance against the insurance company can file either himself/ herself or through his/ her legal heirs/ nominee/ assignee a written complaint to the Insurance Ombudsman, within whose territorial jurisdiction the registered office or branch of the insured is located or within whose jurisdiction the complainant is residing.

Also, it shall be noted that the situations under which an application to Insurance Ombudsman is filed are as follows:

Also, Read: What Role Does IRDA Play in the Development of Insurance Sector?

The key benefits of the Insurance Ombudsman (Amendment) Rules 2021 are as follows:

Increased the Ambit of Authorities

The amended rules have widened the ambit of complaints filed to the Ombudsmen. That means earlier, it can deal only with disputes, but now it has the authority to deal with deficiencies in service on the part of insurers, insurance brokers, agents, and other intermediaries.

The provisions of the amended rules have substantially strengthened the timeliness and cost-effectiveness of the mechanism.

It shall be noted that the policyholders can now file their complaints electronically to the Ombudsman. Also, a complaints management system will be formulated to allow the facility of online status tracking to policyholders.

Facility of Video Conferencing for Hearings

By way of the Insurance Ombudsman (Amendment) Rules 2021, the Ombudsmen are now allowed to use the facility of video conferencing for hearings.

Relief in case of Vacancy

The Central Government has made various provisions in the Insurance Ombudsman (Amendment) Rules 2021 concerning the vacancy in the office of an Ombudsman. Also, the provisions regarding the giving of additional charge to some other ombudsman are provided in the amended rules.

The reasons behind the amendment of the Insurance Ombudsman Rules 2017 are as follows:

To Secure Integrity and Independence

One of the main reason behind the amendment was to secure and protect the integrity and independence of the ombudsman selection process.

To Build in Safeguards for Protection

The Central Government has decided to build safeguards to protect the impartiality and independence of persons appointed while serving ass ombudsman.

To Include Individual with Track Record

Another reason for the amendment is that the government has decided to appoint a person with an established track record to promote consumer rights and to advance the issue of consumer protection in the insurance regulatory sector.

To Rename Executive Council of Insurers

To Substitute the word IRDAI

Again a significant reason behind the passing of the Insurance Ombudsman (Amendment) Rules 2021 was to substitute the word IRDAI with Authority.

To Insert the Definition of Insurance Broker

To Substitute the provisions of the Selection Committee

By way of the Insurance Ombudsman (Amendment) Rules 2021, the Central Government has decided to substitute the existing provisions of the ombudsman appointment selection committee with the new one.

Further, the provisions concerning the following have been substituted with the new provisions as well:

In a nutshell, the Insurance Ombudsman scheme denotes a scheme formed by the Central Government to benefit the individual policyholders by getting their filed complaints settled out of the courts in an efficient, cost effective, and impartial manner. 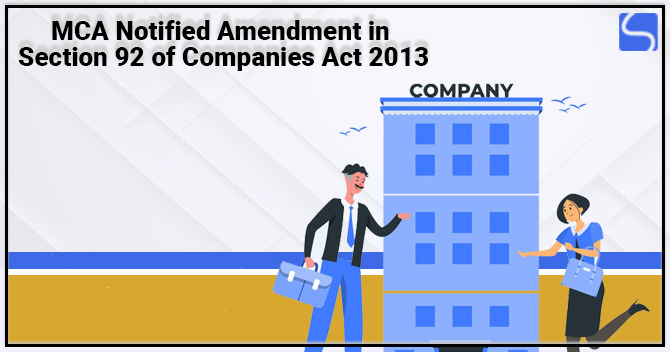 MCA Notified Amendment in Section 92 of the Companies Act 2013

On 05.03.2021, the Ministry of Corporate Affairs (MCA), in consultation with the Central Government, has passed a notification stating that the provisions of section 23 clause (i) of the Companies... 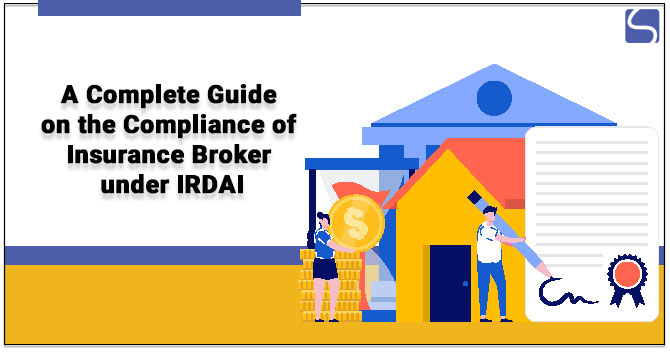 A Complete Guide on the Compliance of Insurance Broker under IRDAI

In the present situation that we are living in, coverage of the information to the authorities is a vital role of any organization or institution. In the insurance business world,... 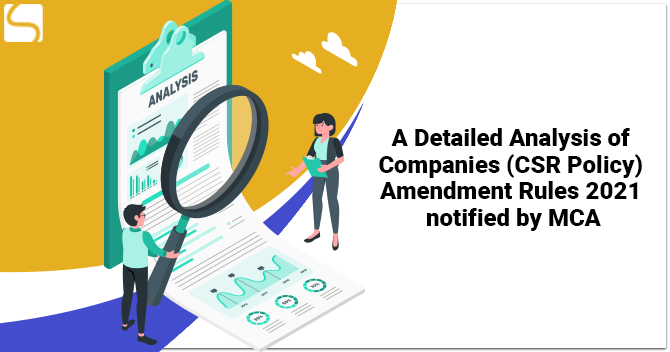