What are the IP Issues Regarding Open Source Software? 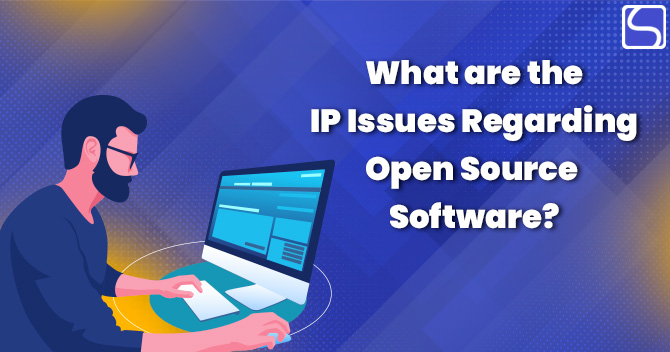 Over the past decades, there has been a revolutionary shift in software technology and the functionalities it serves. Where there are individuals or companies that have hugely benefited from the production of such software as it has facilitated most of their usage & needs. However, it’s commonly understood that most of these companies or individuals hardly check the click-wrap agreements before installation of the programs or software, thereby exposing themselves to various risks & compliance obligations. In this blog, we will discuss Open Source Software (OSS) and IP issues regarding OSS.

The software companies spend their time, effort, and money, not only in developing the software but also investing in fine-tuning the User License Agreement/or other Licensing necessities. At a time when experts were keen on safeguarding the IP Rights or the license of their creation or invention, some of the technology experts believed that to expand the quality, ambit, and usability of any software, one ought to reveal the software’s source code, so that the program or software is open for the other experts to learn & work from the same. Therefore, the idea of OSS or Open Source Software came into existence, where instead of a Copyright License, it was granted a Copyleft License. The concept seemed progressive & radical, considering this would indeed be helpful to the software developers.

What is Open Source Software (OSS)?

Open Source Software or OSS is software that is distributed with its source code, making it available for modification, distribution, and use with its original rights. Source Code is a part of the software that most computer users don’t ever see; it is the computer code programmer work to control how an application or a program works. Programmers who have access to source code can alter a program by changing it, adding to it/fixing parts of it that are not working correctly. This software comprises a license that permits programmers to change or modify the software to best fit as per their requirements and control how the software can be distributed.

There are two different of OSS Licenses:

The difference is mainly on the imposition of further restrictions between the two, with Copyleft or Restrictive imposing further terms & conditions on certain obligations to be complied with while redistributing the derivate works. However, for both types of OSS Licenses, the principles of Open Source Software are maintained, i.e., allowing licensees to enhance, use, modify, and share the software & providing access to the source code.

Under Copyright Law, the Copyright is covered upon the author of the creation. Under the Copyright Laws, there is no mandate to officially register the work. However, authors who officially register their works and then facilitate suitable notice of Copyright on their works certainly get some benefits in enforcing in the court of law. In the case of Proprietary Software License or Closed Source Software License, as the software is purchased, the purchaser merely gets a license to use the software, and in no way does it take any form of right, title, or interest over the software. The license over such software is regulated by the EULA or End User License Agreement. This license also restricts or limits the user to distribute or redistributing/ selling this software to any 3rd party.

Conceptually, there is a Copyright’s waiver over the software, the OSS entities like GNU, FSF, Apache Software Foundation, make sure that the author & their Copyright is duly-recognised and accepted whenever such OSS is being shared or redistributed with other users, with/without modifications. This is confirmed by the license terms, wherein it is required that the actual Copyright notice should be accompanying any software distribution. Hence, merely because conceptually, the Copyright is waived off by its author or creator, it doesn’t guarantee that there would be no scope of IP violation. Open Source Software, like any other software license, is still Copyright safeguarded & infringement of its terms & conditions may result in Copyright Infringement. There have been cases where the open-source foundations regulating such licenses may begin such action against such infringing or violating parties on behalf of the developers. According to the Indian Laws, the Copyright (Amendment) Act, 2012[1], any changes to the RMI or Right Management Information, without the distribution/authority with the knowledge that such RMI has been removed without the consent of the owner would be subjected to punishment with imprisonment up to two years along with the fine.

An individual or a corporate willing to change, distribute, or use any open source product, should take vital steps to comply & review with any such license terms that are linked with the product. One of the vital obligations under any OSS License terms is to comprise certain Copyright notices & to make accessible the source code; in some instances, it may also ask to incorporate notices with information regarding the modification made to the code. The difficulty of compliance levels up if the entities decide to incorporate the OSS Components in the proprietary software. In such a condition, not only the compliance of license terms manifold but also the eventual nature of such a license/product becomes pivotal. This often leads to 3rd party infringement also claims wherein the current owner may have distributed the product as an open-source product.

However, the 3rd party entity may assert that the software ultimately violated IP Rights. This creates conflicts between the IP owner and the individuals distributing the software to the public as it’s now open-source. Failure in OSS Compliance not only results in legal action by the actual licensors but also attracts negative publicity & other adverse effects to the reputation of a corporation. Hence, complexities linked with the usage of Open Source Software need to be handled with extreme vigilance.

Any users or companies want to incorporate OSS products in their system either to modify & develop tailor-made software for the industry’s usage/internal use, should ensure that the license terms for such OSS products are examined to know how the Intellectual Property Rights are affected in their ability to safeguard or apply for the Copyright Registration over the software.

Such entities must also confirm and audit the compliance of the vital notices, source code availability & any other obligations are being continued considering the last thing any entity or company would want is to be dragged into any legal/lawful proceedings for Copyright Infringement, pay damages for such infringements or violations along with the license of the software being cancelled. 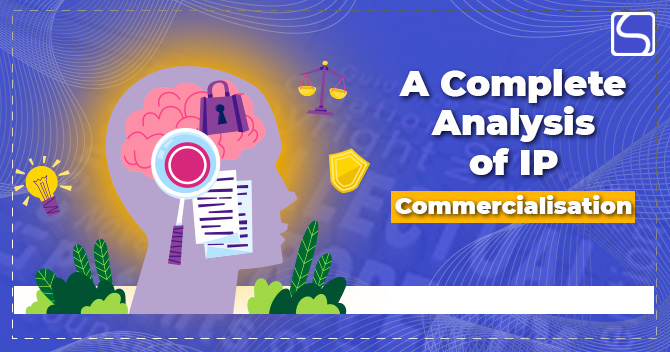 A Complete Analysis of IP Commercialisation 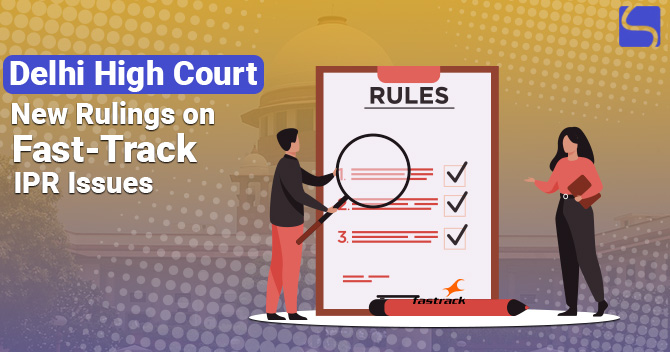 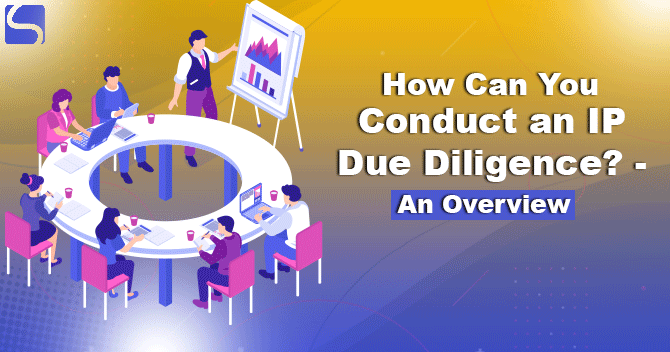