An Overview of the Misuse of Patent Right Concerning Drugs 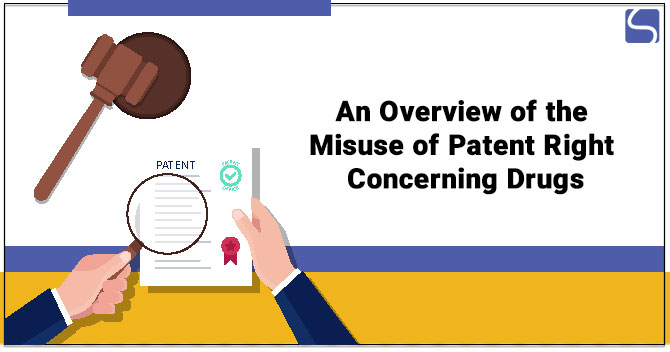 Patent right is not a complete monopoly right concerning the manufacturing of drugs.  It’s a limited right and is subject to particular approved limitations. The patent Act stabilizes the individual right of the Patentee and the public’s interest. The key purpose of the Patent Act is to inspire the development of technology and innovation. The Patent Act delivers protection to an inventor for their invention, offering them with the exclusive right and security from infringement or violation or any unauthorized use of a specific invention by any other person. The Government grants the rights to the Patentee after Patent Registration. In this blog, we are going to discussing the misuse of Patent right concerning drugs.

What are the Rights of Patentees under the Patent Act? – Patent Right

Section 48 of the Act talks about the Patent rights granted to the Patentee. The section consults the Patentee with the right to prevent any third party from creating, selling, using the products in India in case of product Patent. Similarly, in the case of the Patent process, the Patentee has an exclusive right to avoid any third parties from utilizing the process for the sale of any patented product obtained directly by that process. Section 47 of the Patent Act delivers particular conditions where the exclusive rights of Patentee are limited by particular acts:

It should be recognized that there is another defined Act that doesn’t amount to infringement of the Patent right.

When are the Patent Rights not getting violated?

Section 49 of the Patent Act delivers the Patent rights are not get violated when used on overseas vessels accidentally. The utilization of the creation on vessel or aircraft recorded in a foreign nation or a land vehicle owned by an individual who is a resident of another nation who comes to India fortuitously will not violate the Patentee rights.

Provisions of Patent for the Public Interest:

Section 83 of the Act clearly mentions the Patents are allowed to promote the creation and to protect the creation is worked in India on a profitable scale. It points to see that the Patent right is not utilized by the Patent owner or any individual procuring the Patent title. Patents are allowed to take the benefits of the patented invention available at reasonable costs to the general public. Granted Patent doesn’t forbid Central Government from taking actions to safeguard public health. For this purpose, the Government allows every Patent owner to submit a statement concerning the operation of the invention every year.

Every Patent owner and their assignee are needed to submit a statement yearly by the Government to represent the level at which the patented invention has been commercially used in India. Non-submission of such detail annually can lead to the grant of compulsory license on the patented invention.

The particulars required to be submitted concerning the usage of the invention is to represent whether the discovery has been commercially utilized or not. If it is not exploited, then the primary reason behind its non-exploitation and the steps taken for its utilization are needed to be submitted. If it is utilized, then the information concerning the capacity and worth of the patented product manufactured in India and imported from other nations are to be provided.

Such licenses are easy to get to as a remedy against misuse of Patent right in India. The uses of Compulsory License are as follows:

Any individual concerned can file an application for a compulsory license to the controller on any of the following grounds:

Hence, in the occurrence of a National Emergency or any extreme urgency or public non-commercial usage consisting of a public health crisis like any epidemics to avoid any hold-up in the process, provisions under Section 87 will not be relevant. The compulsory license under the Patent must be available to the public at reasonable prices.

A patentee has the right to choose who can use the patented invention for the time for which the invention is protected. After procuring Drug License concerning Drug Patents, the safeguard of generic drugs is given to the Patentee. In other words, Patent security describes that the invention cannot be commercially made, utilized, imported, distributed, or put on sale by others without the approval of the Patentee. By doing such things as mentioned above, you infringe the Patent Right of the owner. 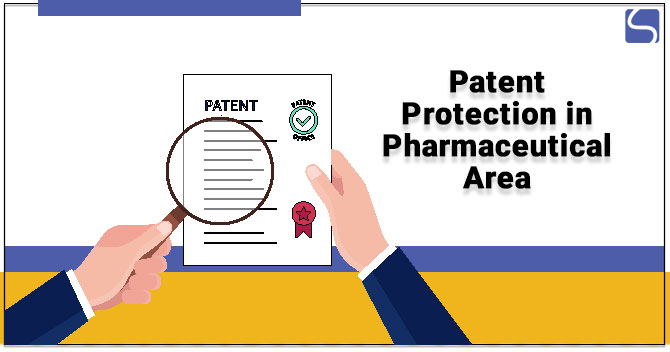 The international pharmaceutical company operating globally leverages the Patent System to safeguard its interest. Regardless, being attached to a robust lawful framework influenced by pharma entities for the sake of... 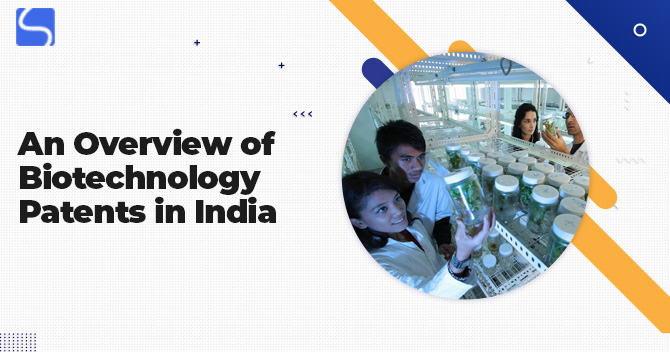 An Overview of Biotechnology Patents in India

The inventions regarding biotechnology are essential for the development or advancement of human beings. The biotechnology inventions have branched out to different fields & resolved several problems. The Patent Office... 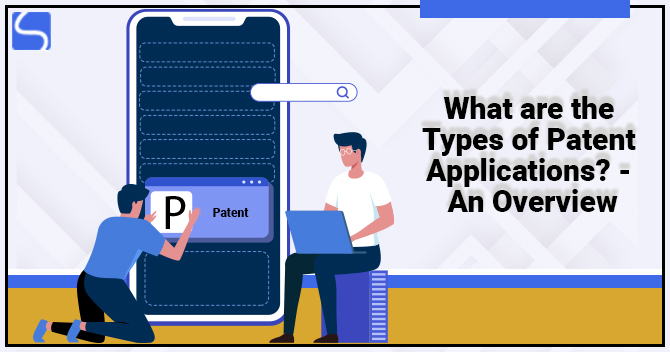 What are the Types of Patent Applications? – An Overview

If a person or an individual wants to file an application for Patent Registration in India, then they should know about the different types of Patent Applications that they want...