Role of copyright in Media: An analysis 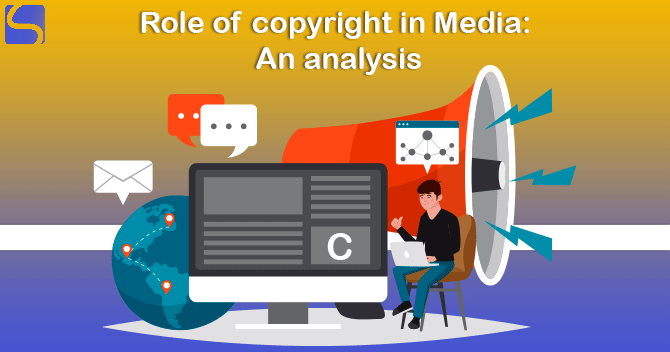 The media and Entertainment industry covered and expanded over the years and evolved the changing times and technologies. The essential media sources that formed the media and entertainment sector are Films, Television, newspapers, advertisements, Radio, music, Applications, vlogs, blogs, PC games, online websites, etc. This is the fact that IPR is considered to be the gem of the world. With changing times, we are witnessing new remedies emerging for controlling creative works without causing harm to the author and owner of the creative professions. The media platforms like the film and television industries alone have contributed to more than 80% of all copyright infringement cases in the media and entertainment business. Not just well-known and famous filmmakers, authors, producers, and directors, but even obscure and struggling ones who thought their creative work had been copied unlawfully, have found Copyright to be a considerable comfort. Scroll down to check a detailed analysis of the Role of Copyright in Media industry.

Issues associated with the media Industry

Effects of Copyright in the Media industry

The role of copyright in media industry encompasses a broad array of types of media, including films, television, radio, advertisements, and gaming, to mention a few. Among these, the film and television industries have battled the most copyright fight in courts in recent years.

How Copyright get effected in Film and Television Industries

The copyright remedy has been highly influential in preserving the rights of writers of various creative works from being commercially exploited against their will. Different forms of copyright claims often develop in an industry with fierce competition, where numerous innovative ideas are produced and presented every year. The most basic Copyright suits are related to the copying of songs, write-ups, lyrics, the concept of a particular film, or even the reproduction or remixing of some old songs, where the plaintiff files the suit to either enforce an injunction order, seek monetary damages caused since the publication of the copied work, or even both at times. The illegal replication or copying of someone else’s work and claiming it to be an original creative concept are two of the most serious concerns that the film and television business deals with regarding copyright infringement. The second concern, which accounts for a significant portion of the losses suffered by the film business each year, is online piracy.

Generally, the actor or an anchor uses a specific tagline that becomes so renowned that the show continues and gains worldwide fame because of that actor or anchor. For example, in movie “Dewar” once Amitabh bachaan said ” Main aaj bhi pheke hue paise nahi uthata” These taglines are Dedicated to the actors, directors, screenwriters, and producers, the creator of a cinematographic work or sound recording and producers according to Section 2 (d) (v) of the Copyright Act[1].

What is Copyright Piracy?

Technology is advancing and evolving quickly, and the world has entered a virtual and instant communication era. Copyright piracy is an undeniable fact that exists across the globe. Piracy is described as the duplicate or unlawful use of the owner’s original material, protected by copyright laws, without their agreement or approval. Original work can be produced, distributed, and imported. The material’s owner or the author is entitled to several benefits, including exclusive ownership of the material. The author has the right to publish, distribute, sell, and perform in front of an audience. Role of Copyright in media industry, infringement of copyright has a negative impact on the economy and people’s ability to think creatively. Piracy can take place in India in several different ways. Several computer software’s can be pirated and installed on another machine without legal permission. A performer’s right can be readily violated in the entertainment sector if the video is filmed by an unauthorized individual and sold on the market. Piracy in cinematographic work occurs when someone copies a film without the original owner’s consent and distributes it through other means of communication.

The Role of copyright in Media and entertainment industry contributed significantly to the global business growth. The Copyright Act of 1976 governs Copyright in the United States. There are many treaties and agreements in place worldwide to safeguard owners’ rights against copyright infringement. Those conventions are generally regarded as protecting against copyright piracy around the world. One of the most important treaties to fight against copyright violation is the Berne Convention for the Prevention and Protection of Literary and Artistic Works. Almost every country is a signatory to the Berne Convention. Consequently, throughout the entertainment and media industries around the world, there are several treaties and conventions to safeguard original owners’ rights against copyright infringement.

Read our Article:How can you Monetise Copyright?- Needs & License

How to Copyright a Recipe? – An Overview

Basically, Copyright ownership gives the owner an exclusive right to use the work, with some exceptions. If an individual creates a unique work, fixed in a tangible medium, they automatically... 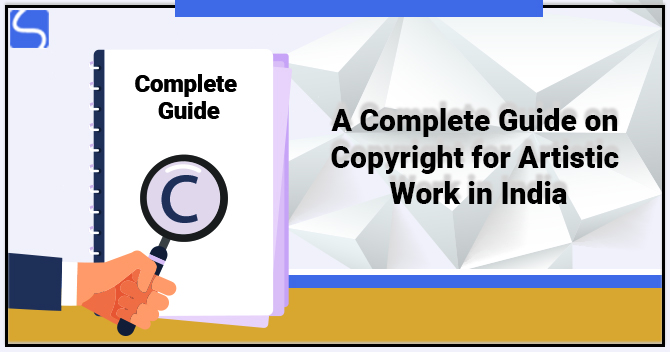 A Complete Guide on Copyright for Artistic Work in India

Copyright for Artistic Work in Indian is freedom given by the Copyright Law to the creator of artistic work. It protects the creator's right over their invention or creation, subsequently... An Overview of Fair Use of Copyright

The fair use of Copyright in India is an exclusion to the creator's right, which permits limited use of copyrighted material with the permission of the creator or owner. The...