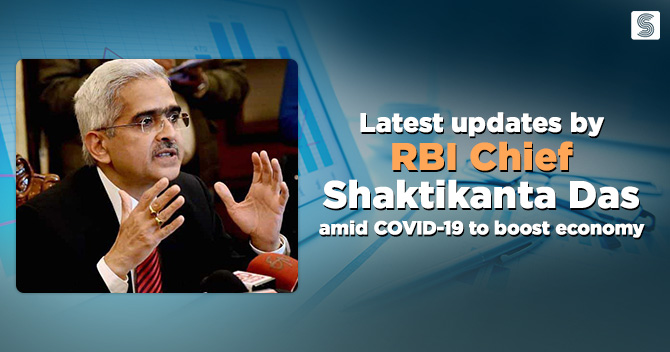 It was RBI Chief Shaktikanta Das who announced few measures tried to give a boost to the economy during the tough time that our nation and most of the nations of the world are facing due to ongoing crisis created by COVID-19.

Apply For NBFC License and Get License in 90 Days

Quite a few measurers were announced by RBI Chief Shaktikanta Das [1] on March 27, 2020 when the businesses and employees are already under tremendous pressure. In a bid to provide relief to the economy as a whole, INR 1.70  lakh crore was made available under Pradhan Mantri Gareeb Kalyan Yojana and it was sanctioned by keeping in consideration who has no resources which benefits many category of people like farmers, construction workers particularly women, senior citizens and more.

Further, the measures announced by the Honourable Finance Minister is INR 80 crore will be made available for poor people who will be given wheat/rice for next three months. The quantity of wheat/rice stood at 5kg. Another segment of people which got relief are sanitation workers, paramedics, front line workers etc. as INR 50 lakh insurance was announced for them. The central government on Thursday announced INR 1.7 lakh crore especially towards low income families by providing concessions among others.

The measures to mitigate economic risks include a reduction in repo rate which earlier stood at 5.15 per cent. The new repo rate will be 4.4 per cent which was mainly reduced to bring growth in the economy. It is done to provide cushion to minimize COVID-19 impact. RBI chief also announced that credit flowing should be ensured by the banks.

Impact on tools of an economy

Cash Reserve Ratio was also slashed as it now stood at 3 per cent, down by 100 bps from earlier, thereby infusing INR 1.37 lakh crore in the market as the central bank will release this amount. He also expressed concerns which loom due to downgrade risks at the time of lockdowns amid COVID-19. Monetary Policy Committee also expressed its concerns due to anticipation of shallow recovery in 2020. It was also anticipated that due to ongoing crisis, recession might also prevail. It is further revealed that India’s growth will depend on duration, intensity and speed of COVID-19. Long Term Repo operations amounting INR 1 lakh crore will be conducted by RBI towards auctions where floating rate will be linked to policy rates. It was also revealed that interest on working capital is also required to be deferred which is applicable both for lending companies as well as banks.  The concerns were also expressed regarding GDP’s projection of 5% as it is at risk. Net Stable Funding Ratio will now be introduced from October 2020 although it was set to be introduced from April 2020. The implementation of Incremental Capital Conservation Buffer which was scheduled for March 30,2020 is also deferred till September 30, 2020.

The asset classification downgrade will not be applicable in case of loans for three months which means credit rating of a borrower does not go down. It also states that on repayment of all types of loans, moratorium will be applicable in regards to payment of installments.

A sigh of relief came when RBI chief assured that fixed deposits are safe and there is no need to panic as far as withdrawal is concerned. He further gave assurance that banking system is safe.

A prolific writer with more than 10 years of experience across various industries like Ecommerce, Publication Houses, Information Technology and Digital Advertising firm. Good amount of knowledge for writing on various topics gives me an edge and enables to mentor and guide others in the same field. The passion to never say no gets me going and motivates me to set new benchmark for myself and perform with great zeal and endeavour. 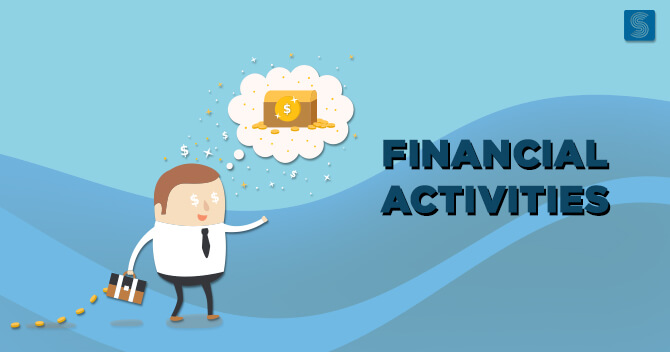 Financial activities to be completed till March 31 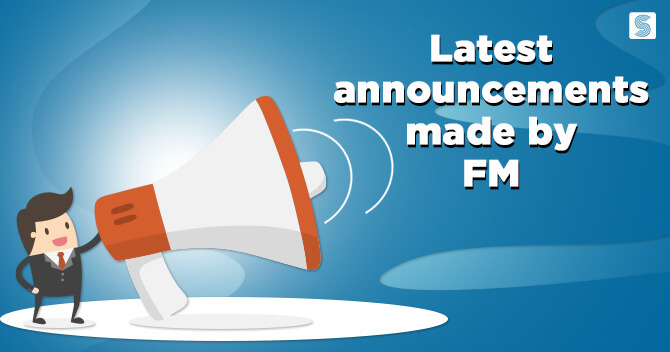 A sigh of relief came for a taxpayer when Finance Minister Nirmala Sitharaman announced that a responsible citizen can file Returns of Income Tax for FY 2019 beyond the deadline... Coronavirus pandemic has turned out to be the most dreadful infectious disease. The numbers of COVID-19 cases are increasing at a rapid pace, with over 1,123,024 infected globally and 2,902...