Form MGT 14: A Guide on Its Meaning, Fees, and Mode of Filing 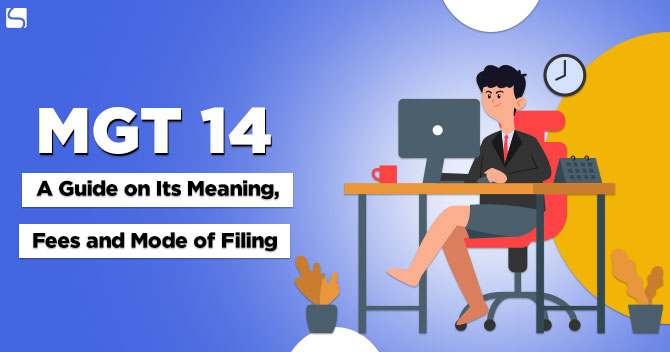 The term “Form MGT 14” denotes an e-form that a company needs for filing Resolutions with the ROC (Registrar of Companies), which are passed by the Directors and Shareholders at Board Meetings. Further, this e-form is available on the official portal of MCA[1] .

In this blog, we will discuss the meaning of Form MGT 14, together with its Fees, Documents, and Mode of Filing.

According to Section 117 (3) of the Companies Act 2013, a copy of every Agreement signed and Resolution passed, along with the Explanatory Statement under Section 102, needs to be filed with the Registrar of Companies India.

Further, companies require to file these resolutions within 30 days from passing it under MGT 14 Form with the Fees prescribed.

Therefore, Form MGT-14 was introduced under the Companies Act 2013 for providing a basis to the directors for filing the resolutions passed as at various Board Meetings.

The laws regulating MGT 14 Form are as follows:

A Liquidator or Company needs to file some Resolutions and Agreements with the Registrar of Companies, India. The term “Resolutions” denotes the decisions passed in various Meetings by the Shareholder/ Directors/ or Creditors of the Company. The concerned company requires to file the particulars of these resolutions and agreements in this E-form.

Resolutions and Agreements Filed under Section 117 (3)

The Resolutions and Agreements to be filed under Section 117 (3) are as follows:

Resolutions to be Filed under Form MGT 14

The different types of Resolution filed under Form MGT 14 are as follows:

For passing a Board Resolution, at least 75% of the Board of Directors needs to give their approval regarding a decision made. Moreover, the same must be signed by the Shareholders as well. Also, all the Resolutions passed by the Board are filed under Annexure A of the MGT 14.

Further, the matters included under Board Resolution are as follows:

For passing a Special Resolution, at least 75% of the Board of Directors needs to give their approval regarding a decision made. Further, this resolution is needed for passing special and extraordinary decisions that are not possible to be passed otherwise.

Further, the matters included under Special Resolution are as follows:

For passing an Ordinary Resolution, at least 50% of the Board of Directors needs to give their approval regarding a decision made. Further, a majority of shareholders must agree to pass this resolution as well.

Further, the matters included under Ordinary Resolution are as follows:

The ones who are exempted from filing MGT 14 MCA are as follows:

The documents required for filing E-form MGT 14 are as follows:

The contents of the MCA form MGT 14 are as follows:

Form MGT 14 is processed, approved, and taken on record by using the method of STP (Straight Through Processing). However, there are some situations which do not require the filing of this form, such as:

Further, the main aim behind the implementation of STP was to facilitate speedy disposal of the E-form MGT 14. The term “Speedy Disposal” denotes that there is no need for any Manual Verification, the details submitted are digitally processed and taken into the record.

Concept of Straight Through Processing

STP or Straight Through Processing is a modern day practice that ensures that the forms uploaded are confirmed, processed, cleared, and settled in a shorter duration, cost-effective manner, and with few errors.

Besides the benefits mentioned above, STP provides Flexible and Cost-effective Infrastructure as well. These benefits not only enable e-business expansion by real time processing but access to enterprise data as well.

The fees for filing MCA form MGT 14 can be summarised as:

According to section 117 (1) of the Companies Act 2013, a company needs to file Form MGT 14 within 30 days from the passing of resolution or signing of the agreement.

The penalty for not filing MCA e-form MGT 14 can be summarised as:

Consequences of Not Filing MGT 14 Form within 300 Days

The Consequences of Not Filing MGT 14 Form can be summarised as:

Further, a company needs to file Form MGT 14 within 30 days from the passing of the resolution or signing of the agreement.

In case of any confusion and dilemma, reach out to Swarit Advisors, our experts will assist you in getting a clear understanding of the concept of MGT 14.

Also, Read:Change of Name of the Company A Comprehensive Guide to Draft a Memorandum of Understanding Agreement

Memorandum of Understanding is a formal document that outlines the expectations of two parties before sealing a deal. It is a non-commitment agreement that defines the intensions of businesses to... 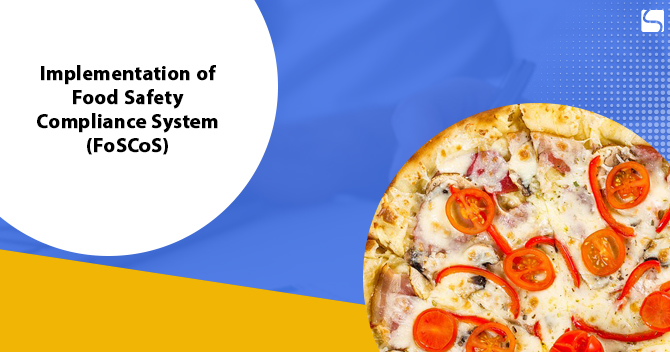 The Food regulator of India or FSSAI (Food Safety and Standard Authority of India) had recently declared that from 01.11.2020 onwards the Food Safety Compliance System or FoSCoS has become operational and effective...