Ways to Defend Yourself in Case of Trademark Infringement 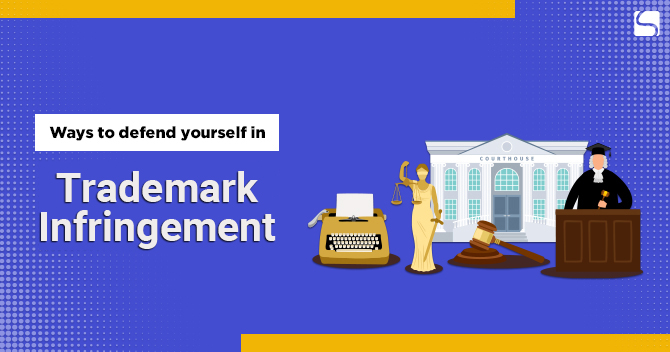 The case of Trademark infringement occurs whenever any consumer is of the mind or happens to believe mistakenly that the defendant’s goods originate with; either is sponsored by or is licensed by the plaintiff. The most important step in this analysis is that the plaintiff must have a right that should be above any rights available to the defendant.

In case for every lawsuit in India, there are two or more warring parties to it. However, in case of a Trademark, a Trademark infringement suit may typically arise between your brand and another, as a result of one or more of the following circumstances –

Establishment of Similarities in a Trademark

The concluding or the ultimate test which is done for the recognition of infringement of a Trademark is whether the reasonable buyer is eyeing at the goods or services is likely or most probably to confuse between the two trademarks.

The most prominent example which can be laid down regarding the same is for the brand Parle G. This specific brand has fought several battles for Trademark against other deceptive brands such as Parle J.

Below mentioned are some of the parameters in order to establish the similarities between the two Trademarks:

Similarity on the basis of sound

Similarity on the basis of words or letters used

Similarity can also be established on the basis of the logo

This similarity can be established in case if either of the brands uses shapes, symbols, designs, colour schemes, or even the arrangement of words similar to each other.

Similarity on the basis of Business done-

In case the entity who has infringed the Trademark falls within the ambit of the same industry, a similarity in Trademark on the goods or services can be established this is likely to deceive consumers more. Hence, the suit for the infringement of Trademark can be filed in such cases.

Any particular owners of a Trademark have two causes of action available to them against the wrongful use of their marks by other traders:

However, the right to sue for the infringement of Trademark arises from the violation of any such statutory right conferred by the process of trademark registration to use a trademark exclusively.

Further, the right to sue in regards of passing off arises from deceit involving the use of a Trademark that is most likely to cause confusion or deception among the consumers thus leading to the passing off of goods of one for those of another.

As explained under Section 89 of the Code of Civil Procedure 1908[1], the court may refer any specific dispute to arbitration, conciliation or for mediation where it seems to appear to the court that there exist some elements of a settlement which may be acceptable to the parties.

There are many cases in relation to Trademark infringement and passing-off actions which are further referred to mediation. Once such cases are referred for mediation process it further results in the settlement of disputes.

Following are the courts having civil jurisdiction which can decide the matters in relation to the Infringement of Trademarks in India:

As stated under Section 134(1) of the Trademarks Act, any subordinate courts having their jurisdiction over the other commercial matters do not have any right over cases of trademark infringement or passing off.

In addition to this, the territorial jurisdiction of a court can be determined on the basis of the place of trademark infringement or where the parties are located. However, as per Section 134(2)[2] of the Trademarks Act, the trademark owner has a right to sue the infringer instead at a place where it carries on business.

Damages and Remedies Available in Case of Trademark Infringement

As per Section 135 of the Trademarks Act, the following are the remedies available to the trademark owner in case if the trademark has been infringed:

The Court may grant an injunction either as a final relief or as a temporary relief on the basis of pending disposal of the suit. Following are some of the factors that the court will consider while deciding an interim injunction application:

Plaintiffs can either claim damages or rendition of accounts. However, they cannot claim for both in Court of Law. Any defendant in a Trademark infringement suit is exempted from rendering of the accounts or paying any damages if the court is of the view that the plaintiff was unaware of the registered Trademark and thus had no reasonable grounds to believe that the trademark was already registered.

Steps Involved for Filing a Case against Trademark Infringement

The first step involved in the filing of a case against the infringement of Trademark is that a proper investigation must be carried by both the parties. Further, before the filing of a lawsuit, it is deemed necessary for rights holders in respect to the Trademark to gather all the documents relevant to the case. These documents must be filed along with the complaint.

Once the owner of the Trademark becomes aware of infringement done by the third-party, it is not uncommon for them to engage independent investigators to ascertain the nature and extent of the infringing activities.

Survey of the Evidence

Survey of the evidence is not considered as a popular method in order to prove the confusion and deception among the consumers.

However, this process is considered to be of little value unless and otherwise the question asked and answers given are recorded, and those who conducting the survey are being subjected to the cross-examination.

This should be done along with the filing of a petition for cancellation of the registration before the Intellectual Property Appellate Board (IPAB).

If the trademark registration is cancelled by IPAB, the suit for the Trademark infringement will not survive and thus the defendant will escape liability.

The Trademarks Act protects a defendant’s right over the right of the plaintiff where such use of a Trademark is for the purposes of identifying the proprietor or owner of the mark.

Use of Name in Good Faith

Any registered proprietor or the owner of the Trademark has the right as per Section 35, thus preventing others from doing business in their own name in good faith.

Some of the landmark cases regarding the infringement of Trademark are stated below as:

Thus, it can be concluded that being accused of trademark infringement can not only be emotional but also time-consuming, expensive and aggravating. The most important fact which must be considered is that most of these claims must be settled by both the parties. Further, it is advisable to appoint a good Trademark lawyer who can maximize the likelihood of making the settlement of claim sooner rather than later.

Also, Read: How to Choose Correct Trademark Class for Trademark Registration in India

How to Apply for Online Trademark Registration in India

The term “Online Trademark Registration” denotes the process for obtaining registration under the Trademarks Act 1999. In contrast, the term “Trademark” acts as a protection against the risk of Imitation... 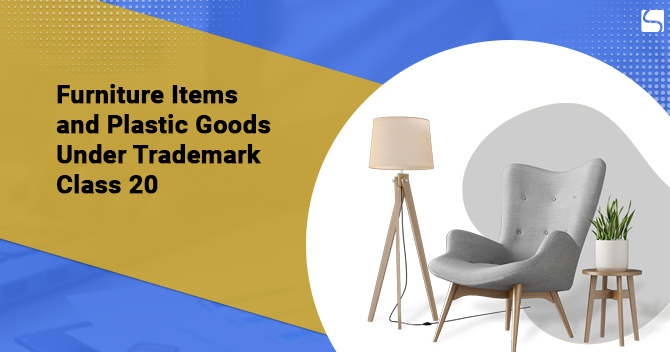 The term “Trademark Class 12” denotes a class that deals explicitly with the goods and items, such as vehicles, devices, machines, vehicle part, and equipment used for locomotion by air...