Concept and Difference of Authorised Capital and Paid up Capital 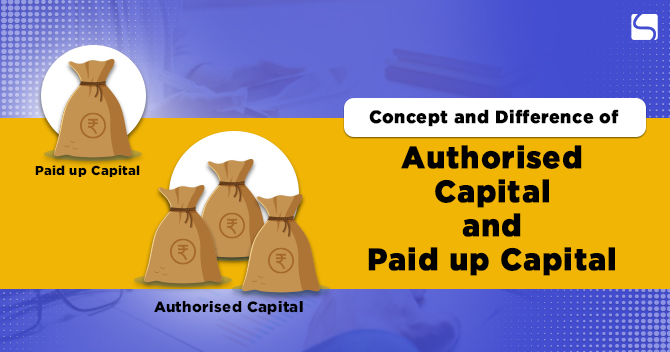 Every company regardless of its type, size, activities, nature of the business, and category, will need to classify its share capital under the different types of financial statement. Further, the capital framework of a company is mainly classified into two categories, i.e., authorized capital and paid up capital.

Moreover, as per the provisions of the Companies Amendment Act 2015, the requirement to have the minimum paid-up capital has been done away with, whereas, the concept of authorised capital still exists.

In this blog, we will discuss the concept and difference of authorised capital and paid up capital.

The term Share Capital means the amount of money or sum invested in a company to carry out on its activities, functions and business. Further, a company receives its capital from the shareholders, i.e., in the form of shares and debentures.

However, it shall be relevant to mention that a company being a legal entity cannot generate revenue for investing in its capital. Therefore, it needs to collect the same by issuing shares to the shareholders.

The different types of Share Capital are as follows:

The term “Authorised Share Capital” denotes the maximum amount of capital that a company can raise from its shareholders by issuing shares to them in return. Further, it is not compulsory for a company to give the whole of its authorised share capital for public subscription. Also, a company may choose to provide the same for issuance at different stages based on its needs and demand.

Moreover, it shall be considerate to mention that it is necessary for the company to mention the amount of authorised share capital in its MOA (Memorandum of Association) under the heading of “Capital Clause”. Likewise, a company is not allowed to give shares more than the amount mentioned in the capital clause as well.

Further, the decrease or increase of authorised share capital is governed and regulated by the provisions of the Companies Act 2013.

Concept of Paid up Capital

The term “Paid up Capital” means the amount of share price paid by the shareholders for the shares held by them. That means it is the actual sum that a company receives from its shareholders by issuing them shares in return.

Further, a company raises its paid up capital by receiving shares subscription from IPO (Initial Public Offering).In other words, a company raises finance by issuing fresh capital, which later becomes part of its paid-up capital.

Furthermore, it shall be relevant to state that the paid up capital of the company can never be more than its authorised share capital.

ABC Pvt Ltd was registered with the registrar of companies with an authorised capital of Rs 20,000,000, where each such share is of Rs 10.

In response to the advertisements and classifieds issued by the company to subscribe to shares, the actual share applications received were for 10, 00,000 shares. However, the company issued shares for only 7, 00,000ata share price of Rs 8 per share.

Further, all the calls have been duly met except for three shareholders, who still need to pay for their 6000 shares in total.

Difference Between Authorised Capital and Paid up Capital

The key points of difference between Authorised Capital and Paid up Capital are as follows:

In a nutshell, Authorised Share Capital denotes the maximum amount of capital that a company can raise from its shareholders by issuing shares to them in return. In contrast, Paid up Capital means the amount of share price paid by the shareholders for the shares held by them.

Further, the members need to decide the amount of Authorised Share Capital and Paid up Capital at the time of registration itself, as they need to get the same recorded in the MOA of the company.

In case of any other doubts or dilemma, reach out to Swarit Advisors. 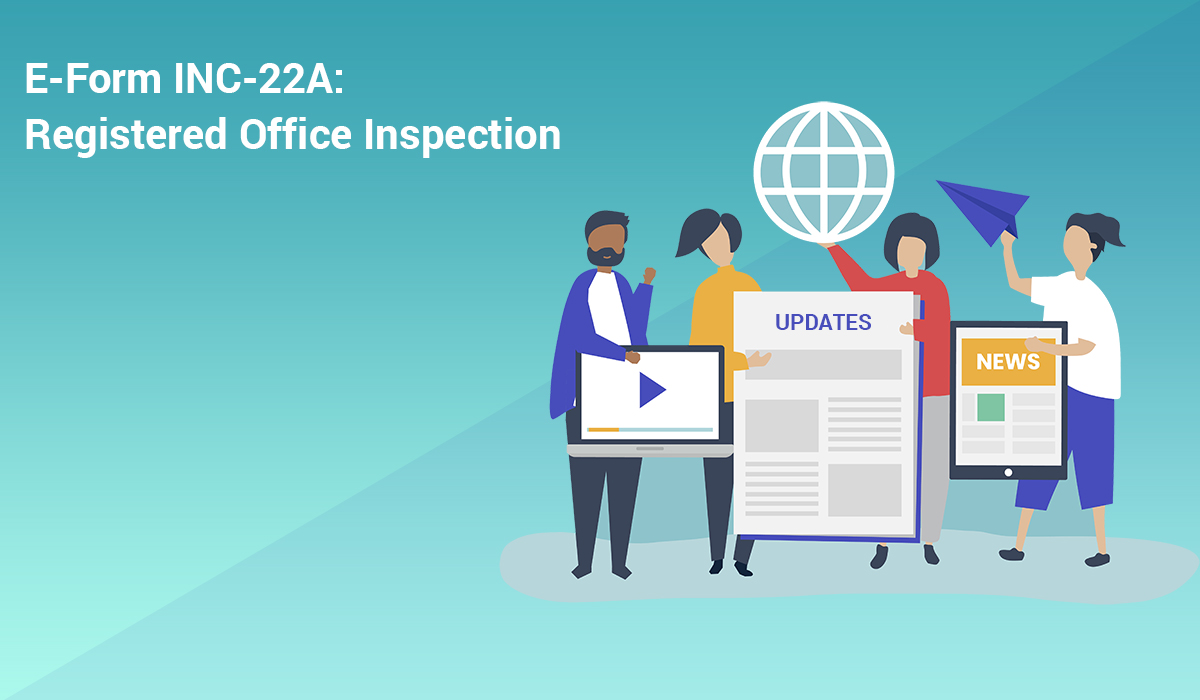 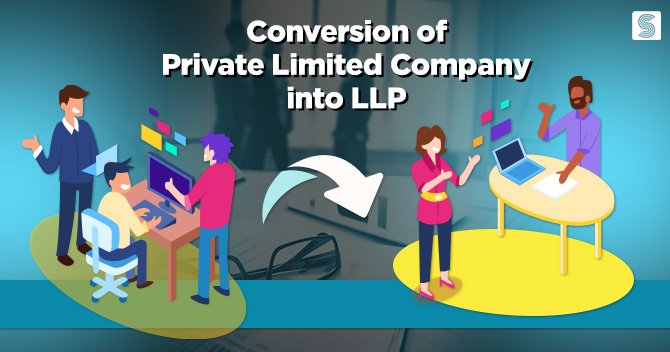 What is the Procedure of Conversion of Private Company into LLP?

A business structure needs to be flexible with lesser compliances to cope with the dynamic nature of the corporate world. One such legal entity that provides both the flexibility of...