Fire Safety Rules Made Mandatory by the Government of India 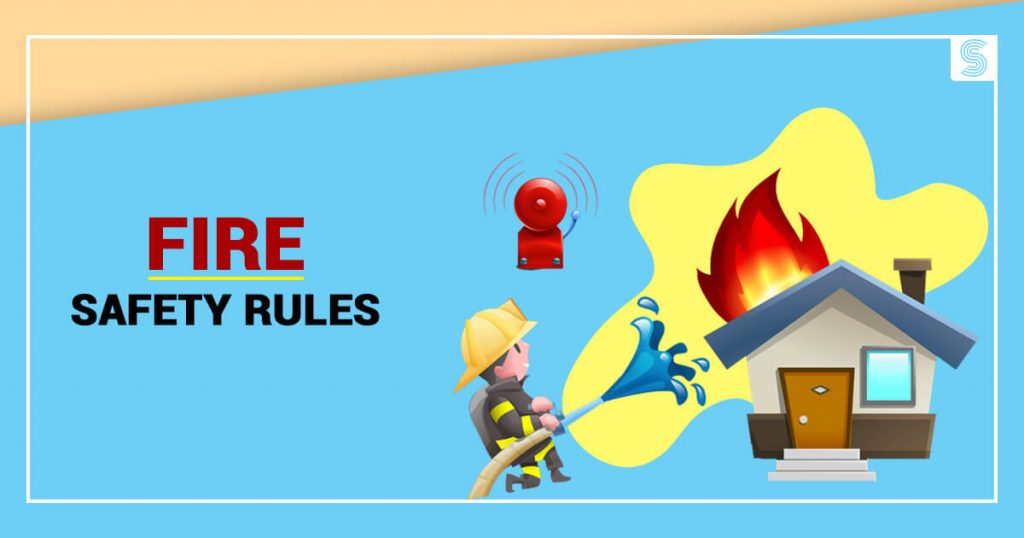 Lately, there have been many instances of fire outbreak in India, which raised a question on the safety and security of citizens. Fire can create a severe threat to the life of numerous residents and affect their occupancies. As per the reports of India Risk Survey (IRS), fire explosion is the third biggest risk to the business operations. The outbreak of fire not only becomes the reason for the loss of precious lives but also inflicts massive property loss. To circumvent from the harsh impacts of fire, one needs to imply the fire safety rules issued by the Government of India.

Since from the past two decades, significant growth is apparent in the high rise buildings; one can expect a fire accident in the same. The fire in a residential area, particularly in high-rise buildings is even more complicated wherein, the rescue operations are more difficult and sometimes also lead to many deaths. A rapid increase in buildings and Indian industry has worsened the current scenario in terms of fire incidents. Considering the adversity of fire, it’s the need of the hour to spread awareness about fire safety NOC. This article will provide you with the glimpses of the existing fire safety rules and regulation in India. Moreover, it will give the efficacy of these regulations for preventing potential fire hazards.

Several high-rise builders and contractors were founded to disregard the fire safety rules. Besides that, even the occupiers do not perform their duty of regular maintenance of the fire prevention systems installed in their homes or offices.

The NBC took a stern step in 2016 by suggesting a periodical fire safety inspection by the personnel residents of the buildings to assure fire safety standards. Whereas, for commercial buildings, the statutory authorities like State Factory Inspectorate, assert for Fire Safety Audit through different external agencies, based on the nature of the materials and activities executed in the building.

To reduce the rate of fire incidents in our country, the Fire Safety Audit must be made mandatory across India, and the audit work should be entrusted to professional Third Party Agencies. As prevention is better than cure, the only way to get successful fire prevention is by the active cooperation from all sectors, whether commercial or residential.