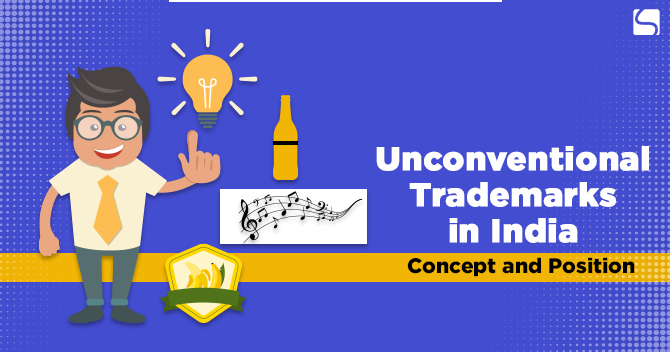 A trademark has been defined under Section 2(1) (zb) of the Trademarks Act. As per this section “such marks which are capable of being represented graphically as well as of distinguishing the goods or services of one owner from those of others and this also includes the shape of goods along with their packaging and combination of colours.”

In case of any mark, either it is a word or device, brands, headings, letter, numbers if capable of distinguishing goods and services of one person from that of another, can be registered as a trademark in India. In this blog, we will discuss the complete concept of Unconventional Trademarks in India.

The need of Legal Protection

In order to establish fair trade and practise and competition in the market, it is necessary to have legal protection for the owner of the Trademark. However, in the absence of such appropriate legal protections, consumers can easily be deceived or confused and cheated. On the other hand, the manufacturer will not only suffer financial but also reputational loss.

Moreover, for protection of Industrial Property 1883[1], a convention was passed namely Paris Convention which specifically dealt with industrial property in the widest sense thus covering the various aspects of Trademarks as well.

Any regular trademark can be easily registered using its distinct features either by design or by alphabet but the same process of registration is not easy for the graphical representation. These are categorised to be unconventional Trademark.

Essentials for Unconventional Trademark in India

In order to get protection under the Trademark Act, 1999 following are some of the essential in relation to unconventional Trademarks in India:

The Trademark can also be a class dependent mark which can be acquired wholly or in form of one or more specified colours then in such conditions, the combination of these colours must e different from each other thus making the specified Trademark distinctive in nature.

Amendments Made in Unconventional Trademark

The amendments or developments in the area of unconventional Trademarks must be credited to Trade Related Aspects to Intellectual Property Rights (TRIPS) agreement. TRIPS agreement is a form of the international convention based on the Intellectual Properties which helps in setting the legal standing in this regard.

TRIPS agreement includes a trademark such as colour trademarks, shape trademarks, trademarks in relation to holograms and many more. India is a signatory to both the agreements namely TRIPS agreement and Paris agreement thus is under the obligation to follow the guidelines set by these conventions.

However, it can further be stated that the trademark may consist of any sign which is not in itself capable of being perceived visually, provided that it can be represented graphically, particularly by means of images, lines or characters, and that the representation is clear, precise, self-contained, easily accessible, intelligible, durable and objective.

There are various laws relating to Trademark in India. In India, these laws have developed with a very high pace since last 10 years primarily because of the changes brought in the following regulations:

In order to get a Trademark registered it is required for that trademark to be graphically represented as mentioned in the Trademark Act, 1999. The term ‘graphically represented means that any such specific Trademark which is capable of either being published in the journal or register in physical form. Graphical representation shows the fixed point of reference thus indicating what the mark actually is about.

Criteria to Be Fulfilled In Order To Graphically Represent a Trademark

Also, Read: Know the Procedure to Apply for Trademark Registration

Types of Unconventional Trademarks in India

There are various types of marks which lack the capacity to be graphically represented in India. Some of these marks thus come under the ambit of Unconventional Trademarks. Therefore following are some of the marks which are considered under the category of an unconventional trademark in India:

Position of Unconventional Trademarks in India

Case Law Regarding the Position of Unconventional Trademark in India

The Indian Courts for the first time, in this case, discussed about the trade dress. It was held in this case that in regards to shapes, the trade dress must be distinct in character as well as they must have secondary significance. The court also further held that the single colours cannot be inherently distinctive. Further, the visual perceptibility is not considered as criteria under the Indian Trademark Laws.

In this case, India adopted the doctrine of shield mark while granting registration for the sound mark. The ECJ, in this case, held that the written format of sound lacked precision along with the clarity and therefore it would not be considered under graphical representation. The court also stated further that sound in itself is distinctive in nature and thus can be easily recognized by simply hearing it.

Thus it can clearly be understood, that India still needs to recognise and realise the potential of smell as well as taste marks along with the problems associated with the graphical representation of the same and thus must find a way to resolve such issues.

Also, Read: What are the Steps in the Legal Process of Trademark Registration? The term “Trademark Class 21” signifies a particular class of Trademark classes that transacts with the goods and products termed as Household Items and Kitchen Utensils. However, the goods and items, such as Toilet... 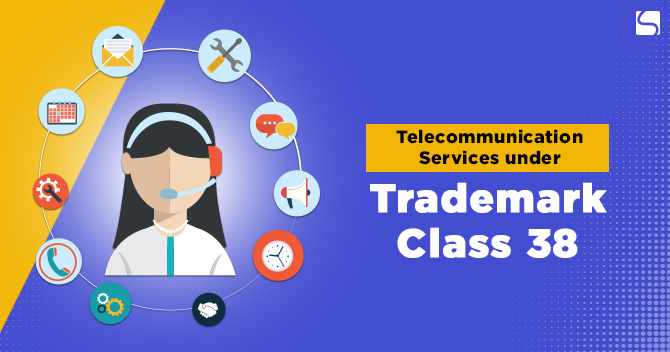 “Trademark Class 38” signifies a class of trademark classifications that principally deals with the services known as Telecommunication Services. However, the services that relate to Radio Advertising and Telephone Marketing... The term “Trademark Class for Service” is a further extension to Trademark Classification or Classes. It denotes the services for which one can obtain Trademark Registration in India. These services...