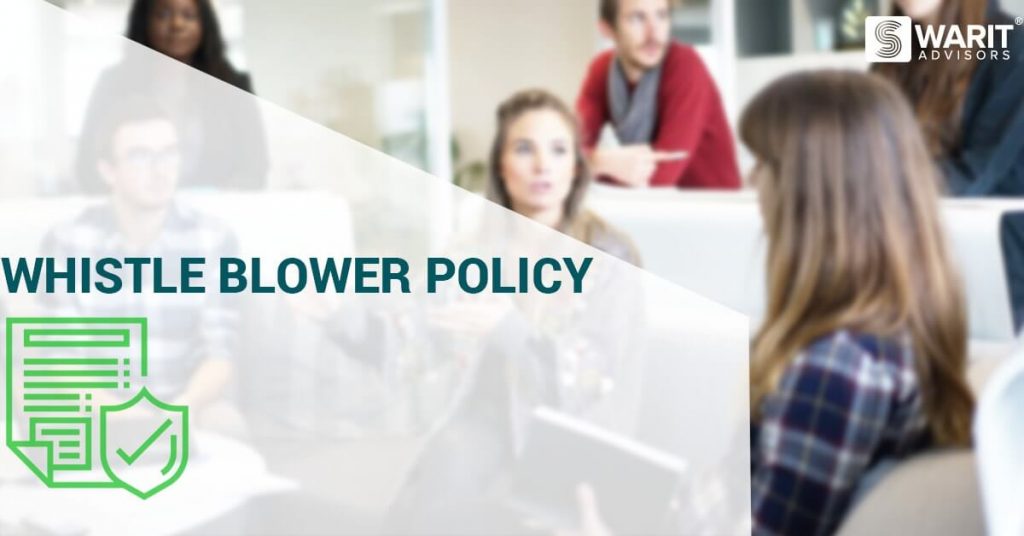 Let’s begin with a small survey with all of you enthusiasts. Suppose that there are two companies A and B. The company A has a policy where anybody can directly approach to the senior or head of the company be it the director, CEO or whoever for any complaint against fraud, unethical activities, malpractices, etc. While in the other company, employees have to follow the hierarchy for making any accusations or anything. Let’s understand the concept of WhistleBlower Policy in India.

So, according to you, which company has the better policy? We are sure that most of you will vote for the former one because it creates transparency among employee and others. And, this is indeed what we call Whistle Blower Policy. It allows employees to disclose information on any wrongdoing, mismanagement, etc. Let’s discuss the same in details-

Whistle Blower Policy is a policy that has been formed to empower all employees within the organization to raise concern against any fraud and malpractices. Those can be unethical conduct, corruption, immoral, any security breaches, potential infractions of the code of conduct of the company, etc.

The policy ensures that employees can raise concerns against any violation easily and without any fear of retaliation, provided that they have raised the concern in good faith.

WhistleBlower Policy is a policy introduced by and within certain organizations to regulate company activities to fulfill ethical responsibilities.

Every company has its unique WhistleBlower Policy which describes the reporting procedure and investigation mechanism to be followed in case somebody blows the whistle for any wrong-doing or alert in the company.

What kind of complaints and grievances fall under Whistle Blower Policy?

The whistleblower can make complaints against anybody including the manager or whoever is responsible for any wrongdoings in the company. The malpractices of inappropriate behaviors include the following:

We don’t know whether you have heard about the famous Vishaka’s case on sexual harassment. If this policy was implemented earlier, then the incident would have been avoided. Apart from this, there were many big scandals in different organizations. Hence, Whistle Blower Policy could be a wise approach for every organization.

Who are Whistle Blowers?

Whistle Blowers are individuals who reveal and expose details regarding any activity which is illegal, inappropriate, unethical, or not correct within an organization that is either private or public.

Whistle blowers can bring the allegations or information to the surface either internally or externally.

Internally, whistleblowers can bring their accusations to the attention of other people within the accused company such as immediate supervisors.

Externally, whistleblowers can bring the allegations to light by contacting a third party outside of an accused company such as the media, law enforcement, government, or those who are concerned.

Whistleblowers are always at the risk of facing strong reprisal and vengeance from those who are accused or alleged of wrongdoing. However, they always have choices for keeping their identity as secret.

Hence, if you observe closely, you will discover that the motto of the Companies Act 2013 is much similar to that of the WhistleBlowing Policy. Though the Act is quite enormous, it has many more details contained in each section. Later, we have discussed what sections are related to this policy and what authorities are responsible for the execution.

Till now we have learned what whistleblower policy truly means, who whistleblowers are, what complaints fall under the policy, etc. But there’s still something more important that most of us probably don’t know. And that’s what people are actually responsible for the execution of this policy. Well, that’s what we are going to discuss in this section.

Mainly, there are four to five entities that have the authority to execute this policy in the organization. Those are the following:

SEBI typically stands for the Securities Exchange Board of India and has its principles amended on corporate governance. Generally, it is provided in the standard listing agreement. The Annexure-I (D) or clause 49 of the listing agreement declares that the organization will have a mechanism for employees to inform the management about any concern or unethical behaviour which could be any suspected fraud or any kind of violence against company code of conduct or any ethical policies.

Moreover, the specified mechanism is supposed to protect against the victimization of employees. Employees availing this mechanism will also be offered direct access for the Chairman of the Audit Committee in exceptional cases.

The existence of such mechanisms must be intimated within the company. Though in India, companies don’t need to apply it mandatorily, however, the company will have mandatory requirements to disclose all its reports on corporate governance to extend the non-mandatory practices.

Advantages of Implementing the Whistle Blower Policy in the Organization

Before we discuss how to let us discuss who can benefit from the whistleblower policy. The policy is beneficial for the following entities:

Now, let’s understand how the whistle blower policy is advantageous:

Despite the fact that whistle blowing policy has so much of advantages, it is sad that many companies don’t have this policy implemented within their organization. Hence, there are many loopholes regarding this policy which are as follows:

When the things aren’t going right in the organization, and it remains unblown, then the company can incur tremendous financial loses or can lead to brand disruption.

Appropriate whistle blowing legislation is supposed to reinforce it and support a culture of openness, integrity, and commitment.

The foremost requirement for a whistle blowing policy to be perfect and accurate is that it must have all the anonymity of details in which the whistleblower feels secure and safe.

Another scope of whistle blowing policy is to eradicate unethical practices which wreck the economy and morality and didn’t gulp the bitter pill of the extra burden of trifling grievances. If you want to register Private Limited company, then first check the complete process, benefits and documentation.

Eventually, the policy must be inclined towards the desires of treating the employees fairly. Initiating both ways of communication will not only clear the communication channel but will also abolish doubts and generate trusts.

According to certain surveys regarding Whistle Blower Policy, the reports say that:

After reading the complete blog, this is clear that the Whistle Blower Policy is nothing but for the well-being of the organization only. It can save companies from any fraud, infringement, corruption, mismanagement, etc. The person blowing the whistle or one who informs the management or the concerned person about the accused is known as Whistleblower.

Last but not least, every company in India or around the world must implement this policy so that no frauds can take place within the organization which could lead to serious concerns. 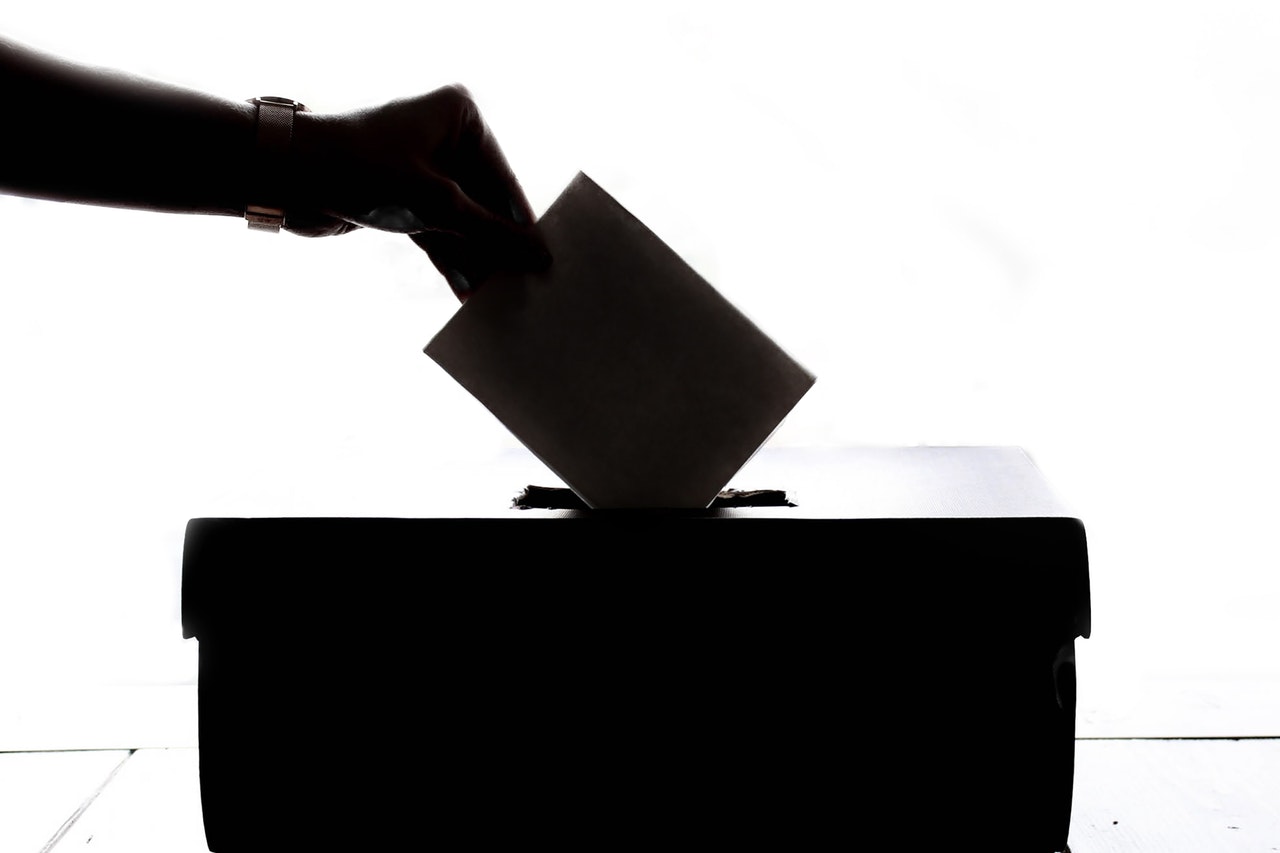 Voting Right in any country depicts the participatory and responsible democratic government that empowers the citizens to influence governmental decision-making, policy and safeguards their other human rights. It is a...