GST on Import and Export Goods

GST is one of the faster-growing economy globally through which it is becoming a manufacturing hub. As the manufacturing activities are increasing we are witnessing expansion in foreign trade .i.e. GST on Import and Export Goods.

The GST model has subsumed the Countervailing duty (CVD) and Special Additional Duty (SAD), however, the basic customs duty is kept outside the purview of GST and will be charged on the import bills

Impact of GST on Imports

Import will be treated as an Interstate supply

Import under GST will be treated the same as the interstate supply of goods and services and the tax payable by them is Integrated Goods and Service Tax (IGST).

If any person provided any services from outside India to a person resident in India then the person residing in India .i.e. the service receiver is liable to pay GST under Reverse charge mechanism.

Refund of tax paid on import

Under the GST model, tax paid during import will be available as a credit under the “Import and Sale Model”

The current exemptions which were available related to customs import tariff which is loaded with multiple exemption notifications are possibly withdrawn or converted into refund mechanism. The exemption under IGST will not be exempted under the new law as which was previously available

The export of goods or services is considered a zero-rated supply. GST will not be levied on exports

A duty drawback facility was provided under the previous law for taxes paid on inputs for the export of exempted goods. The claim of duty drawback was a cumbersome process. However, under GST, the facility of duty drawback is only available for the customs duty paid on imported inputs or central excise paid on petroleum products or tobacco products used as input or for captive consumption.
A guidance note related to same has been released by the Indian government stating the options available to the exporter for claiming the refund paid on the inputs:

Option 1: Supply the products or services underneath a bond or Letter of undertaking subject to such conditions as is prescribed without payment of taxes so as to claim the refund of an unutilized input tax credit. (The exporter has to file an application online or through facilitation Centre notified by the GST Commissioner. Kindly note that before filing the application for a refund a manifest or report by the exporter has to be filed under the customs act).

Option 2: The following persons are eligible to claim a refund if IGST has been paid by them:

The following supply of goods and services would be treated as deemed exports under GST:

Thus with the introduction of GST, the import and export sector would be able to gain competitive advantage internationally due to benefit of refund of the taxes paid and claim of an input tax credit.

What are the Benefits of GST Registration in India

Last year the Indian government took a revolutionary initiative and replaced the plethora of indirect taxes with a single tax system known as Goods and Service Tax in short know... Goods and Service Tax is the full form of GST which is an indirect tax that came into effect from 1st April 2017 substituting all the other indirect taxes such... 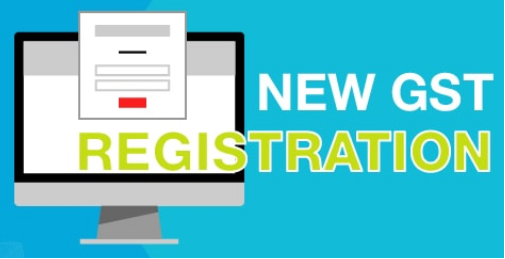