The term “Deceptive Similarity” means a mark which is similar or identical to an already registered mark so as to deceive or create confusion for the people. A Trademark plays a very important role in the creation of a brand name, reputation and goodwill of any business. After the registration of a trademark, it not only builds a value for a brand but it also helps to generate revenue. However, there is a possibility that a trademark may get infringed. A person may try to misuse a registered trademark by creating a deceptively similar mark.

The concept of deceptive similarity has quite been recognised ground for the infringement of trademark under the Indian Trademarks Act, 1999. It is considered a ground for not providing registration to an applicant of such trademark.

We will be discussing about the Trademark Rules concept in detail under this article.

What is Deceptive Similarity?

According to the Section 2(h) of the Trademarks Act, 1999[1] “A mark shall be deemed to be deceptively similar to another mark if so nearly resembles that other mark as to be likely to deceive or cause confusion”.

A deceptive similarity in simple words means that a mark which is in question is so similar to the registered mark that it tends to deceive and create confusion in the minds of the people that such a mark is a part or is linked with a registered or a well-known mark.

What are the factors deciding a deceptively similar mark?

There are some of the factors which are taken into consideration while deciding a deceptively similar mark, which are as follows:-

The perceptible similarity of a mark

These are the marks which are visually similar to a well-known trademark. It includes the use of a suffix, prefix, and the length; shape image, similar syllables etc.

Where the pronunciations of the marks are so similar that it tends to create confusion for the people that the marks are alike, it results in the deceptive similarity of the two marks. Some marks are similar in both the sound and the syllable or letters. For example- Lakme and Likeme or Wipro and Epro. Such marks crates confusion and are deceptive.

Certain marks may be similar to each other in concept but may be similar in sound or syllables or letters. The noticeable aspect is to see the message of the mark.

The Supreme Court and High Court in their various judgements have given several conditions which are required to be taken into account for recognising the deceptively similar marks.

Judicial View and Interpretation of the Courts

Some important cases concerning the judicial view and interpretation of the Courts in the matters relating to Deceptive Similarity:-

The Delhi High Court in its interim order stated that since Starbucks being a very famous brand is recognized globally, it is unfair if a Trademark will be allowed to a brand being deceptively similar to it. Since Sardarbaksh opened 5 outlets in Delhi already, it has to change its name to Sardarji- buksh so as to make it distinctive from the brand Starbucks.

The Supreme Court, in this case, had set down certain principles and guidelines for adjudicating the matters relating to the deceptive similarity of the trademark. The parties to the matter were the successors of the Candela group. The Dispute had taken place against the defendant on the issue of selling medicine by him under the name “Falcitab” which was quite similar to the name of the medicines which was being manufactured by the plaintiff under the name “Falcigo”. Both of the drugs were used to cure the same disease and therefore the dispute was that the brand name of the defendant was creating confusion between the people as they were deceptively similar.

The plaintiff demanded an Injunction. However, the defendant had claimed that the prefix “Falci” is driven from the name of the disease, which is., Falcipharam Malaria.

The court stated that due to the possibilities of medical negligence and the diversified population of the country and varied infrastructure of the medical profession due to language, urban-rural divides etc. It is important to prevent any confusion or marks in pharmaceuticals and drugs. The Apex Court, therefore, held that the care and precaution must be taken while dealing with medical products.

Hence the name of the brands being phonetically similar resulted into the deceptive similarity of the brands.

The plaintiff under this case stated that the trademark “Fauji” used by the defendant was deceptively similar to the mark of the plaintiff that is “Officer’s Choice”. The Plaintiff’s claim was on the ground that the idea in making the trademark rules was similar as the word “Fauji” is a Hindi translation of a “Military Officer”. The business of both parties was also the same and was engaged in the business of alcoholic beverages. Furthermore, the packaging of the bottles was also alike.

The Court held that even though the trade dress plays a very important role in deciding the cases relating to infringement of trademark rules, however, there is no deceptive similarity between both the marks “Officer’s Choice” and “Fauji”. Hence, the infringement suit was dismissed.

The High Court held that both the trademark names “Lakme” and “LikeMe” were two separate marks and had different spelling and appearance. Therefore, they were not deceptively similar to each other.

The plaintiff under this case filed a suit against the defendant on the grounds that the business on chips and wafers under the trademark rules “PIKNIK” sold by the plaintiff was being infringed. The defendant too started a business of selling chocolates under the name “PICNIC”.

The Court held that since both the brands were having a different appearance and composition of words, there was no deceptive similarity of the brands.

What is the meaning of Trademark Registration?

However, if any application is not in accordance with the rules of the Trademark Act, the registrar may refuse to register such application on various grounds. One such ground for the refusal is deceptive similarity.

Trademark for a brand is important in business and therefore its protection is necessary. The doctrine of deceptive similarity comes into use by the courts when a trademark is infringed by the people. The courts apply this doctrine to deal with matters of intellectual property rights. The concept of Deceptive similarity is quite common in IPR, therefore the courts are going beyond the literal meanings given by the law makers so as to provide justice and protect the rights of the traders and the interests of the people.

Also, Read: Will GST Registration by Start-ups Come Under Investigation? 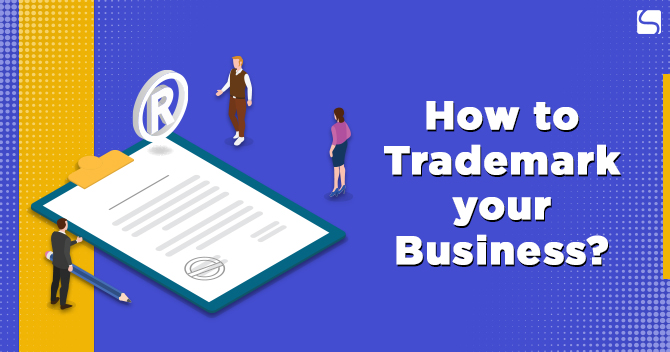 How to Trademark your Business?

When a company decides to establish a business, it ensures that its product has a brand and no other person can acquire that brand without their permission. But to do... 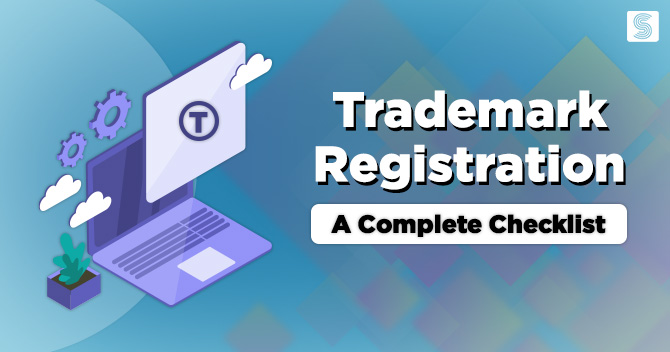 Checklist For Registering a Trademark in India

A Trademark in India is a visual representation or symbol that can be in the form of a word, name, label, colour combination, numbers, etc. used by the business in...

Know the Procedure to Apply for Trademark Registration

What is a Trademark? A Trademark is a special logo or a brand that can be used for distinguishing your products from your competitors. By trademark registration, you can protect...