The foundation of a company stands on two pillars, Directors and Shareholders. The role of a Shareholder is to determine and set some company’s goals that need to be accomplished by a Board of Directors. Shareholders take all the major decisions from approving the financial statements to winding up the company. Besides, it does not imply that the Director has a little role to play as they are the operational workforce who handles the daily functions. However, any negligence from Director or Shareholder’s side can steep down the position of a company. Therefore, it is essential to eliminate those loopholes of the company and carry the removal or replacement of such Directors or Shareholders. This document will guide you about the procedure to remove or change any defaulted Director or Shareholder under the Companies Act, 2013.

Procedure to change a Company’s Director

There are different modes of removing a Director, so the process varies for each mode. Undertake that process, which resonates with your case.

How to remove a Shareholder in Small Companies?

The process of Changing or removing the Director and Shareholder is a prolonged one. One needs to have the adequate legal knowledge to conduct the same. Therefore, it is prudent to seek the guidance of professional and reach out to a reputed firm like Swarit Advisors.

We have a team of experts who possess years of knowledge and experience. Our team can ease the removal of Directors or Shareholders for your company. All you need to do is provide your valid documents rest we will sail you through. 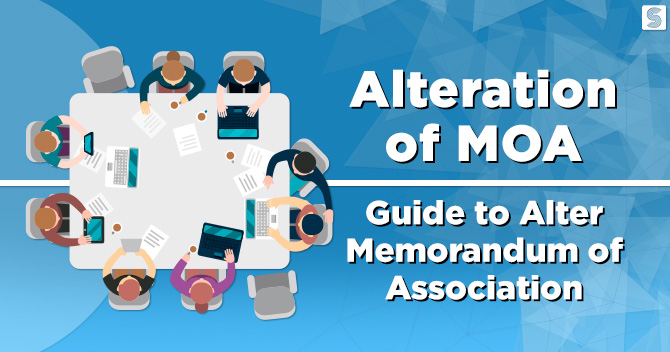 Alteration of MOA: Guide to Alter Memorandum of Association

An MOA (Memorandum of Association) is a legal document required for the registration of a company. This document defines the relationship between the shareholders, directors, and company. Further, the mission,...