Removal of Director is carried out under Section 169 of the Companies Act, 2013. A company can remove a Director by passing an Ordinary Resolution, unless the Central Government or the Tribunal has appointed that Director.

How to Start a Removal of Director

What is the Removal of Director?

The foundation of a company lies on the pedestal of a director's performance. Either a proficient director can build your business, or an insufficient director can break it. Thereby it is indispensable for the shareholders to be vigilant during the appointment of directors. A company can remove a director before the completion of his tenure period under Section 169 of the Companies Act, 2013. Besides, removal of the director becomes ineffective, if the Central Government appoints a director.

Roles and Responsibilities of a Director

The directors play a significant part in managing the daily operations of a company. Since an organization is an artificial person, it cannot fulfill the objectives that were set before starting the company. Therefore, a company appoints a board of directors to take the required course of action. Here is the list of duties that a director ought to perform:

If a director breaches any regulations and doesn't perform his duties well, then the company can clench onto the procedure of removal of director. 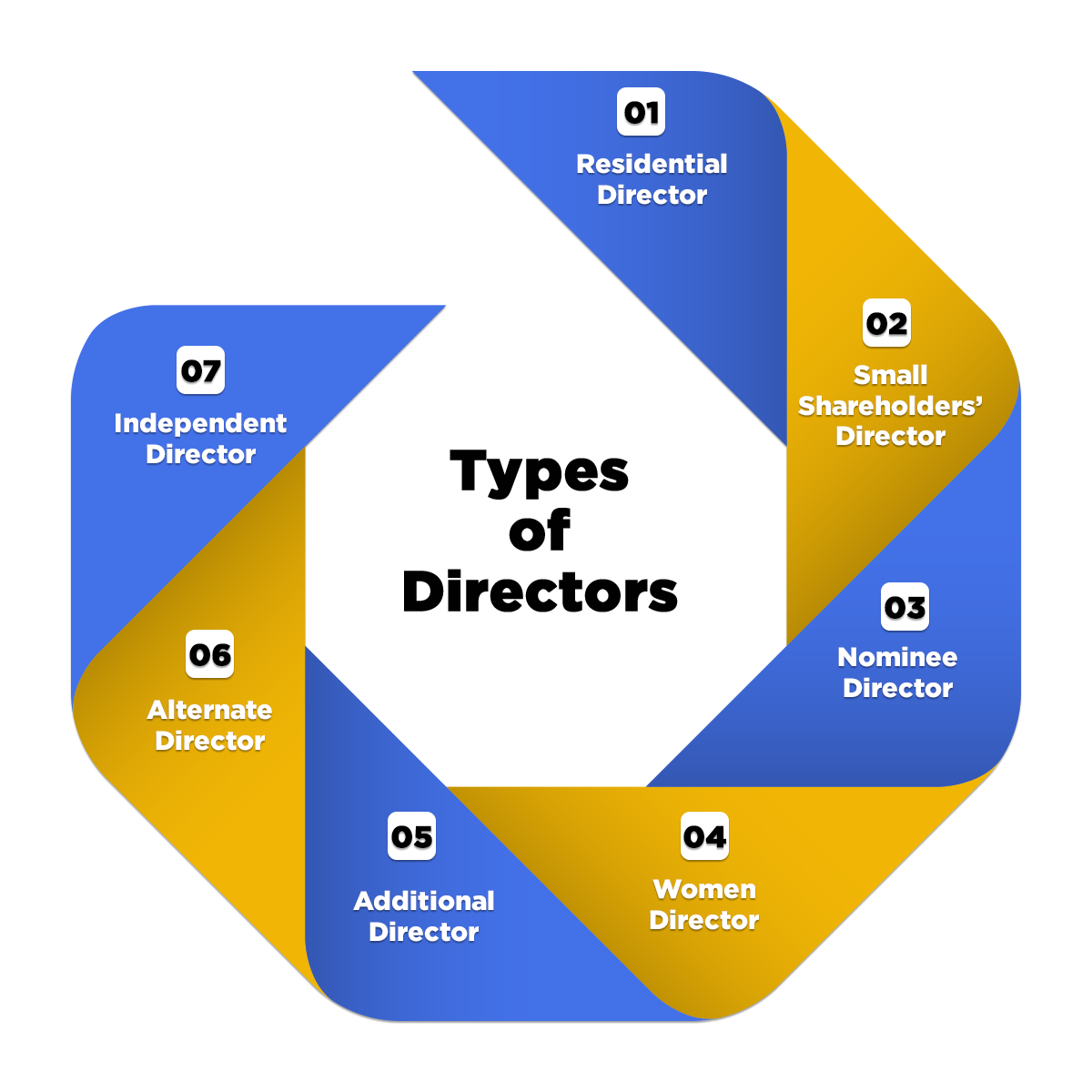 Irrespective of a company’s business structure, it is essential to appoint different types of directors. The Companies Act has segregated the Board of directors in the following forms:

Liabilities of a director

Considering the amount of work that a director undertakes in the company, it goes without saying that he has to bear certain liabilities. As the company and its directors are two distinct entities, a director does not carry any personal liabilities on behalf of a company. However, under specific scenarios, the directors may be held liable, such as:

Removal of a Director under Section 169 of Companies Act, 2013

Section 169 of the Companies Act, 2013 clearly defines the removal of a director and the circumstances under which it can take place. Take a look at the various cases that incurs during removal of directors:

Who is the director of a company?

How many categories of manager are there in a company?

There are five categories of directors in a company. They are Managing Director, Additional Director and Nominee Director; whole-time Director and an Independent Director.

What is the tenure for a director in a company?

The different categories of Director have different appointment tenures such as Managing Director and whole-time directors have tenure of five years, Additional Director has term up to next General Meeting, Nominee director is appointed for a term as written into the agreement etc.

What do you mean by removal of director?

Removal of Director is a circumstance where the Board management of the Company decides by Suo-moto to remove any director from the Company.

What makes the removal of a director mandatory?

Any company can remove a director if he seems to incur any of the disqualifications as mentioned under the Act or either absents himself from Board Meetings or is convicted by a Court or a Tribunal.

Which form is filed by the shareholders of a company for the removal of directors?

The shareholders need to file Form DIR-11 and Form DIR-12, along with all the attachments of the Board Resolution, as well as an ordinary resolution.

How many days of notice period are provided to members?

The members are granted a notice period of 21 days in order to hold a general meeting again.

Which regulations govern the removal of Directors of a company?

The removal of Director of a Company has been dealt under section 169 of the Companies Act, 2013.

What are the preconditions before removing a director?

The prerequisites regarding the removal of a director is that the Director to be removed must be given the fair chance to explain about why he should not be removed.

Mention the post compliances once a director has been removed from a company?

The Company needs to file the required forms with all relevant attachments to the Registrar within thirty days from the passing of an ordinary resolution in general meeting thus, making an appropriate entry in the statutory register of the Company within the time prescribed under the Companies Act, 2013.

What happens in situations if company fails to comply with provisions?

In case if a Company fails to comply the said provisions, the Company along with every officer of the company who is in default shall be held punishable with fine which shall not be less than fifty thousand rupees and may extend to five lakh rupees.

What is the format for accepting a resignation for a director of a company?

The resignation will be passed in the following format on accepting a board resolution “RESOLVED THAT the resignation of the (Director's Name) and is hereby accepted with an immediate effect”.