Change in Directors has to be approved under the Article of Association (AOA) as per the provisions of the Companies Act, 2013. The appointed Director must have a valid Director Identification Number (DIN).

How to Start a Change in Directors

Overview of Change in Directors

Highlights of Change in Directors

Fundamental key-points and highlights for the change in the directorship of a Private Company or Public Company that should be considered by a company before initiating change in directors:

An individual who has been appointed or elected as a director of the company is responsible for implementing and determining the policies for the company, moreover, they are the members of the Board of Directors. Director is an individual who manages, directs, oversees, & controls the matters in the business. Section 149(1) of Companies Act, 2013, says that every company shall have a board that consists of directors.

Qualification for The Appointment of Directors 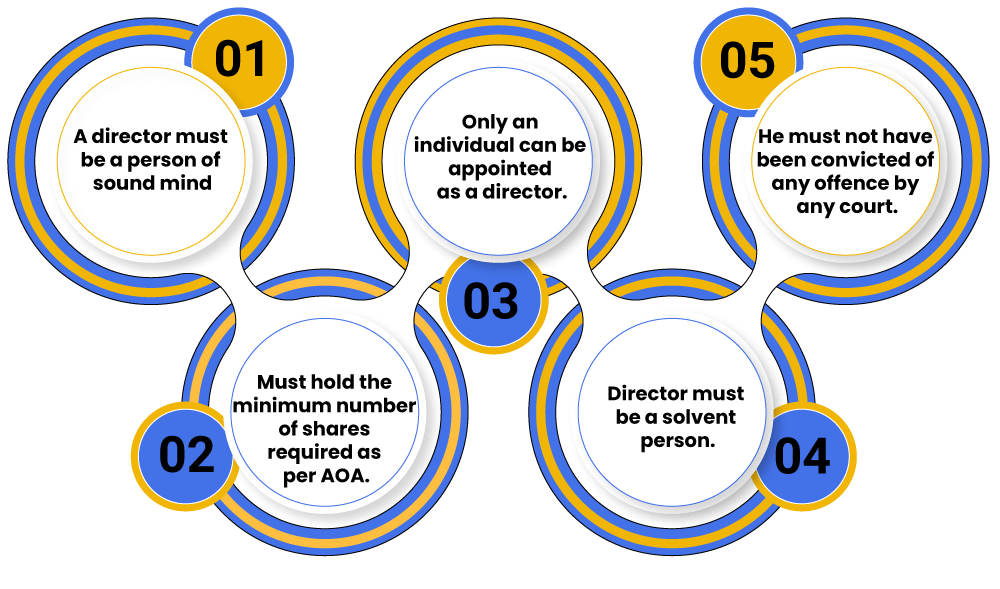 There are no exact provisions for the qualification of directors in Companies Act, 2013. Although certain qualifications are required:

Procedure for The Appointment of Directors

Section 164 of Companies Act, 2013 stipulates that the person cannot be appointed as a director if he had the following disqualification:

FAQs of Change in Directors

What are the documents required for ROC after the complete appointment?

Following is the list of documents required to be submitted by the company:

What are the types of directors required to be appointed by a private company & public company?

Following are the types of directors to be appointed by a company:

What is the liability of the resigning director?