RERA registration is recommended for people involved in the selling and buying of properties in the real estate industry.

How to Start a RERA Registration

In India, the Real Estate Sector plays a significant role in satisfying the demands and needs for affordable infrastructure and housing. Hence, this sector acts as a tower of strength for our Indian Economy. It is noteworthy to take into consideration that although this industry has grown-up considerably in recent years. However, prior to RERA 2016, this sector was mainly unregulated, with a lack of professionalism, transparency, standardization, and most importantly consumer protection. Also, there were no sectoral regulator for this sector like SEBI, TRAI, IRDAI, etc.

The Real Estate (Regulation and Development) Act, 2016, (RERA) was enforced on 01 May 2016. The RERA Act was implemented to bring accountability, transparency, and unambiguousness to the real estate sector. Due to this Act, it is now obligatory and compulsory not only for all the Real Estate Projects but also for the Real Estate Intermediaries and Agent to get themselves registered under this act, i.e., obtain RERA Registration.

Similarly, by the end of the year 2025, the real estate sector will contribute around 13 percent of the country’s total GDP (Gross Domestic Product). Also, various other real estate sectors such as the retail, commercial, and hospitality are offering the much-required substructure for India's increasing requirements. Lastly, the Indian Real Estate Industry is expected to upsurge by 19.5 percent CAGR (Compound Annual Growth Rate) from the year 2017 to 2028.

According to the data released by the DPIIT (Department for Promotion of Industry and Internal Trade Policy), the construction industry is the fourth largest industry in India, in terms of inflow of FDI (Foreign Direct Investment). Also, FDI in the real estate sector including the construction activities and development amounted to US$ 41.53 Billion from the year April 2000 to the end of December 2019.

Why was there a need to RERA in India?

The Real Estate Sector has always played a crucial role in strengthening our Economy both Financially and Industrially by offering affordable infrastructure and housing projects. As a result, the standard of living of our citizens has improved significantly. However, there were a few occurrences that provided a clear picture before the administration with regard to an imperative necessity to implement a law that will particularly deal only with the Indian Real Estate Industry.

These instances include undue delay in the project completion, no sectoral regulators like SEBI, IRDAI, TRAI, etc. However, the most significant was that the consumers of the Real Estate industry prior to the enforcement of RERA Act used to approach the consumer courts under the Consumer Protection Act, 1986, for the grievance redressal, but the said alternative was just curative and not suitable to address all types of concerns that a buyer had. Hence, the Real Estate Act, 2016 was enforced to safeguard the interest of buyers, and to also provide the much-needed impetus or motivation to the sector.

What are the Objectives of the RERA Act? 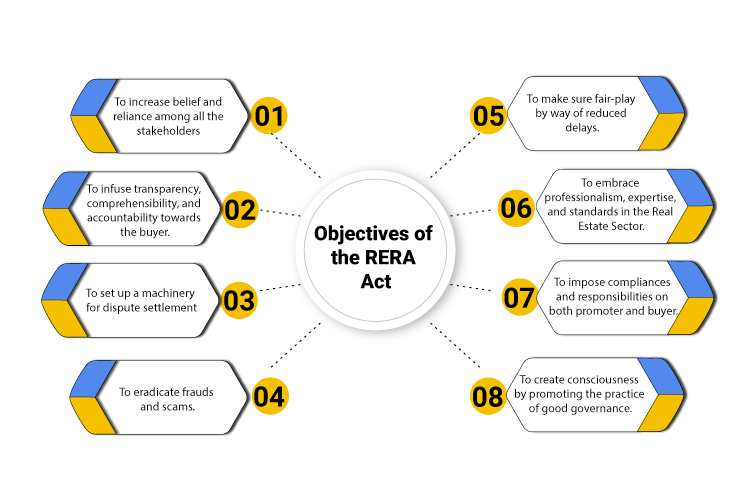 The following listed are the key objectives of the RERA, 2016:

What are the Benefits of RERA Registration? 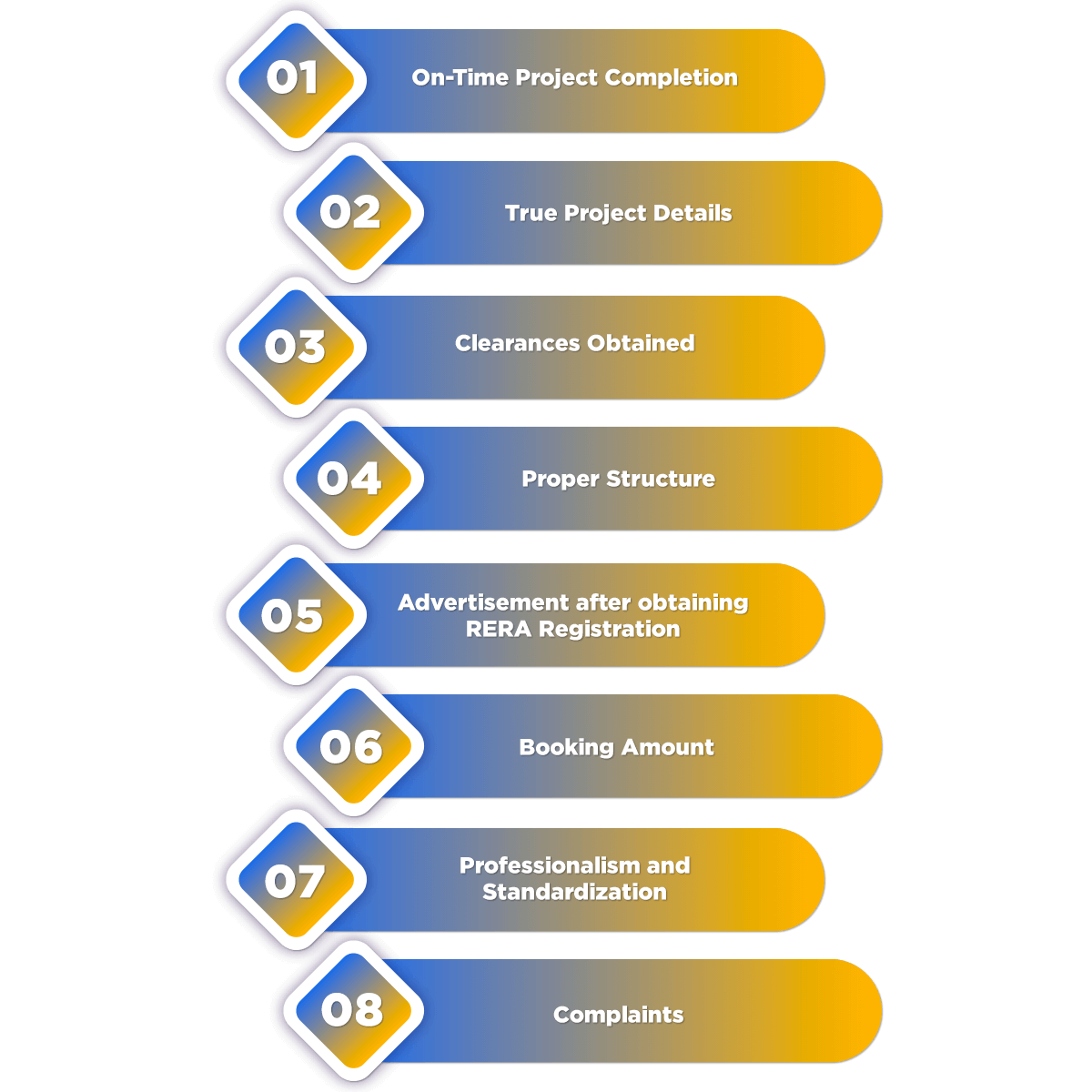 The benefits or the advantages annexed with the concept of obtaining RERA Registration are listed below:

What are the Impacts of the RERA Act?

The listed below are the Key Impacts of the RERA Act on the Real Estate Industries:

What is the Applicability of RERA Registration?

The following listed is the Applicability of RERA Registration:

What are the Documents needed to obtain RERA Registration?

The details and documents that are required for obtaining RERA Registration of a Promoter Company are as follows:

The details and documents needed for the RERA Registration of a Promoter or Builder as an Individual are as follows:

The details and documents needed for the RERA Registration of the Real Estate Agent are as follows:

What is the Procedure for obtaining RERA Registration? 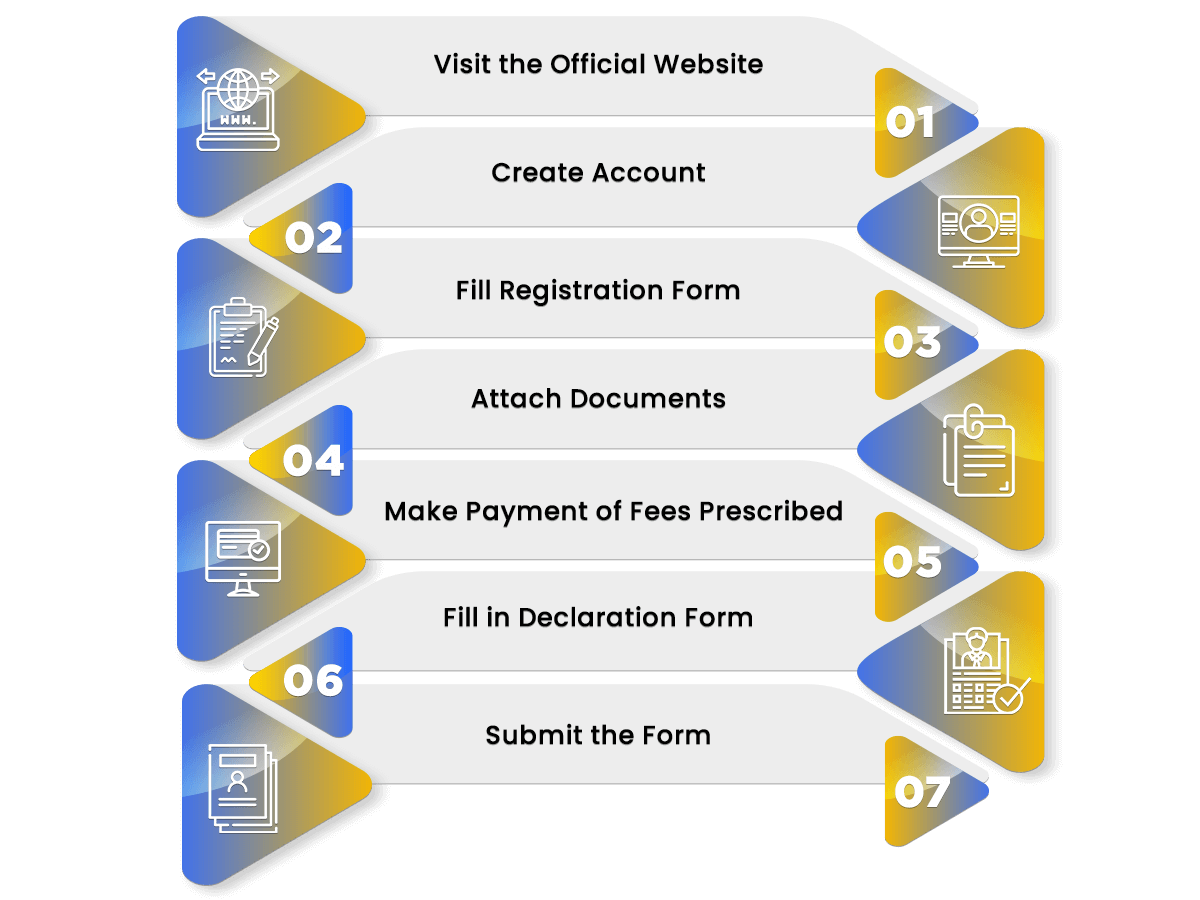 Nowadays, obtaining RERA registration is an online process and the same can be acquired by visiting the official portal of RERA. However, the same vary from one state to another state. For example, the official Uttar Pradesh RERA portal.

What are the Penalties prescribed under the RERA Act?

If in case the buyer, builder, or the real estate agent fails to abide by any of the prescribed RERA’s rules, then the listed below penalties will be pertinent:

The term “RERA” stands for the Real Estate (Regulation and Development) Act, 2016. It acts as the regulatory force for the real estate sector in India. The reason behind the enforcement of this act was to set up a Real Estate Regulatory Authority in each district and state.

Are Commercial Projects covered under the ambit of the RERA Act?

Are the Provisions of RERA applicable to the on-going projects?

Yes, the provisions of the RERA Act 2016 are applicable to the On-going Projects as well. The term “On-going Project” means the project that has not received COC (Certificate of Completion).

Is it mandatory to obtain RERA Registration?

Yes, it is mandatory for all the projects to get themselves registered with the RERA Authority within three months starting from the date of the enforcement of the act.

Is it obligatory for builders to acquire RERA Registration?

Yes, it is mandatory for every builder, developer, and promoter to acquire RERA Registration under the RERA Act. The builders who have not acquired RERA Registration will not be able to sell their projects to prospective buyers.

Can a Developer leave a Real Estate Project in a Mid-way?

No, a developer cannot leave a real estate project in half-way, as he/she will have to bear the penalties and fines.

What will happen if, at the time of Filing Appeal, the appellate tribunal is not established?

In such a case, the Government will allot another RERA Tribunal to hear the said appeal.

Can RERA registration be extended further for builders?

No, in any circumstance other than Natural Calamity, RERA registration cannot be extended further for builders. However, in the case of a calamity, the period cannot extend 1 year.

What is the fee prescribed for the Real Estate Agent?

When was the bill for RERA passed?

Is the RERA Act prevalent in all the states?

Does the RERA Act cover both Purchase and Rental agreements?

No, the RERA Act, 2016, does not cover the purchase and rental agreements, and the agreement in any other form within its ambit.

Is Revocation of RERA Registration Possible?

What are the Objectives of the RERA?

The objectives of RERA Act 2016 include setting up of RERA Authority; promoting genuineness, accountability, and efficacy in the sales of real estate projects; protection and safeguarding of the consumers rights; establishing adjudging machinery for the speedy dispute settlement; and establishing Real Estate Appellate Tribunal to hear appeals.

All the real estate projects which are having a land area of more than 500 sq. meters, or is having more than 8 apartments need to obtain RERA registration on a mandatory basis.

Will Swarit Advisors offer service in my city?

Yes, Swarit Advisors is a 100% online platform that renders services all over the nation no matter where the individual is conducting his/her business. The only thing needed is a proper internet connection on mobile or laptop, and we are all set to get your registration done.

In which all cities do Swarit Advisors provide their services?

Do I need to be physically present for the registration process?

No, there is no need for an individual to be present at our office as the entire procedure of RERA registration is 100% online. The only thing needed is a scanned copy of all the documents sent by way of mail.

I am a builder having real estate projects with 20 phases. Can I obtain a single RERA Registration?

No, as per the provision of the RERA Act 2016, every phase is recognised as a standalone real estate project. That means the builder needs to obtain separate RERA Registration for each phase.

What if a Real Estate Agent does not obtain RERA Registration?

If in case a real estate agent violates the provisions prescribed under the RERA Act 2016, he/she will be liable to pay the penalty for everyday of the violation caused. The sum of the same can increase up to 5% of the unit’s total estimated cost. 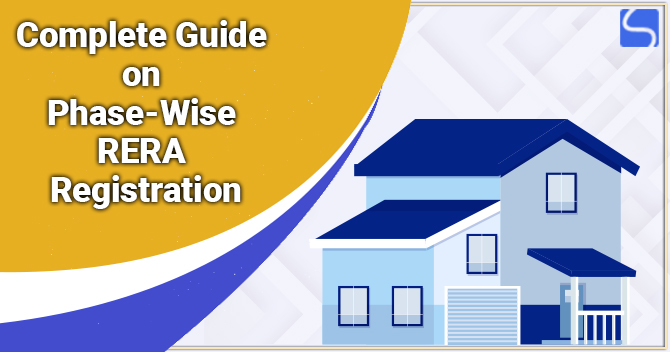 Because of the everyday complications in the Real Estate Sector, the RERA Act, 2016 has introduced the idea of phase-wise RERA Registration for a real estate projects, and it begins... What are RERA Related Issues?

The Real Estate (Regulation and Development) Act, 2016 (RERA) was implemented to provide transparency and accountability of the developers and promoters in the RERA project and to safeguard the interest... How RERA helps in transforming the Real Estate Market of India?

The RERA Act was implemented in India on May 1, 2017. It is being recognized for its power to transforming the Real Estate market of India in different terms such...