Legal Will is a declaration of the intents of a testator in regard to his property distribution after his demise. It specifies the name of the executor who will manage the estate until its final distribution. Our legal experts can draft your will in approx. 4 to 5 working days.

How to Start a Legal Will

What is a Legal Will?

A will is a legal document by which a person expresses their wishes as to distribute his property on their demise and names one or more persons, the executor, to manage the estate until its ultimate distribution.

What is a will in Indian law?

As per the Indian Succession Act 1925, a Will is a legal declaration of the intent of the testator, regarding his property which he wishes to be carried into effect after his death.

Is Unregistered will valid?

The principal characteristic of a WILL to be lawfully valid is 2 persons attesting witness to the will when the testator signs in their presence. If only one person signs as a witness then it is not a valid Will. Will need not be registered. An unregistered will is valid if it is signed by two attesting witnesses.

Who can be a witness to a will?

Most states necessitate that witnesses to the will should not stand to inherit under the terms of the will. A beneficiary’s spouse may also stand to be disqualified from being a witness. If a beneficiary to the will serves as a witness, the will to that person could be declared void by a court.

Advantages of a Making will 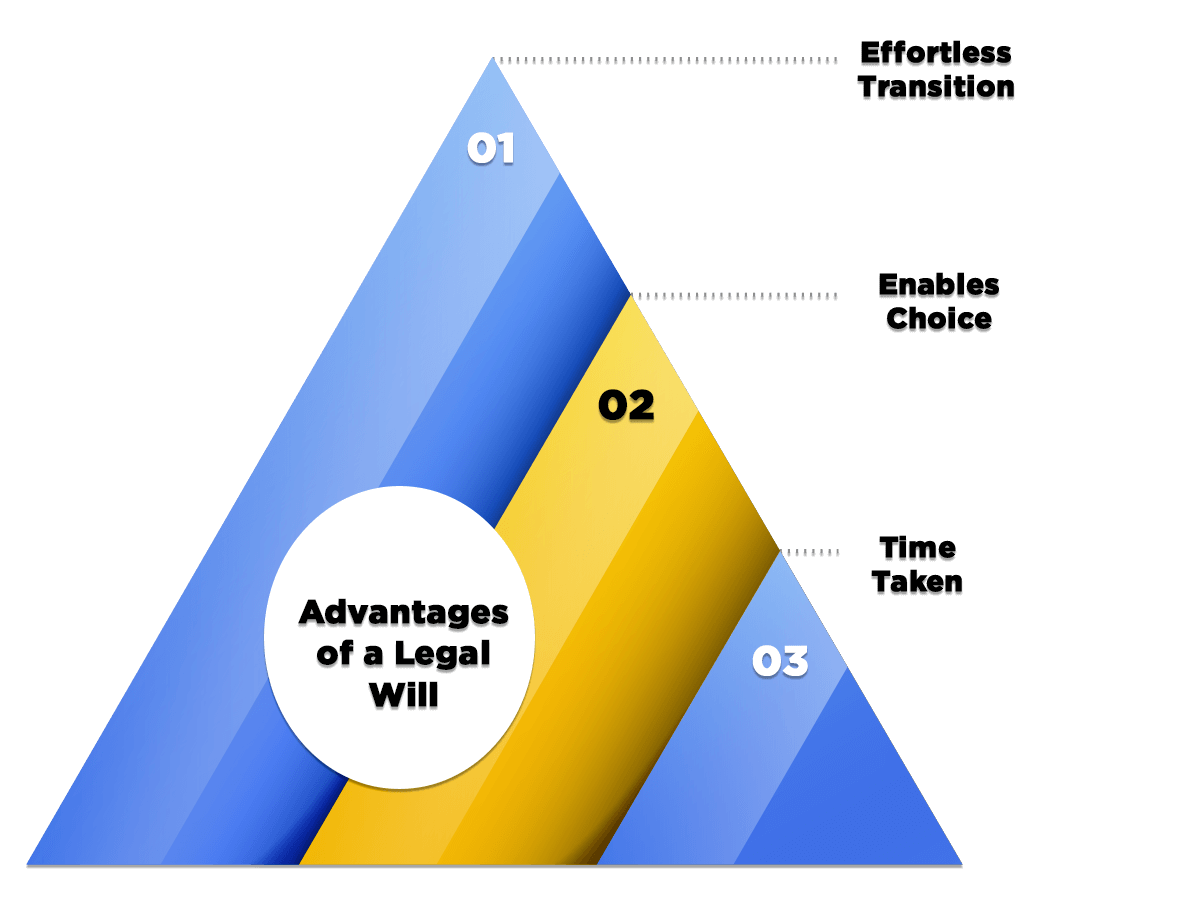 Persons capable of making the Will 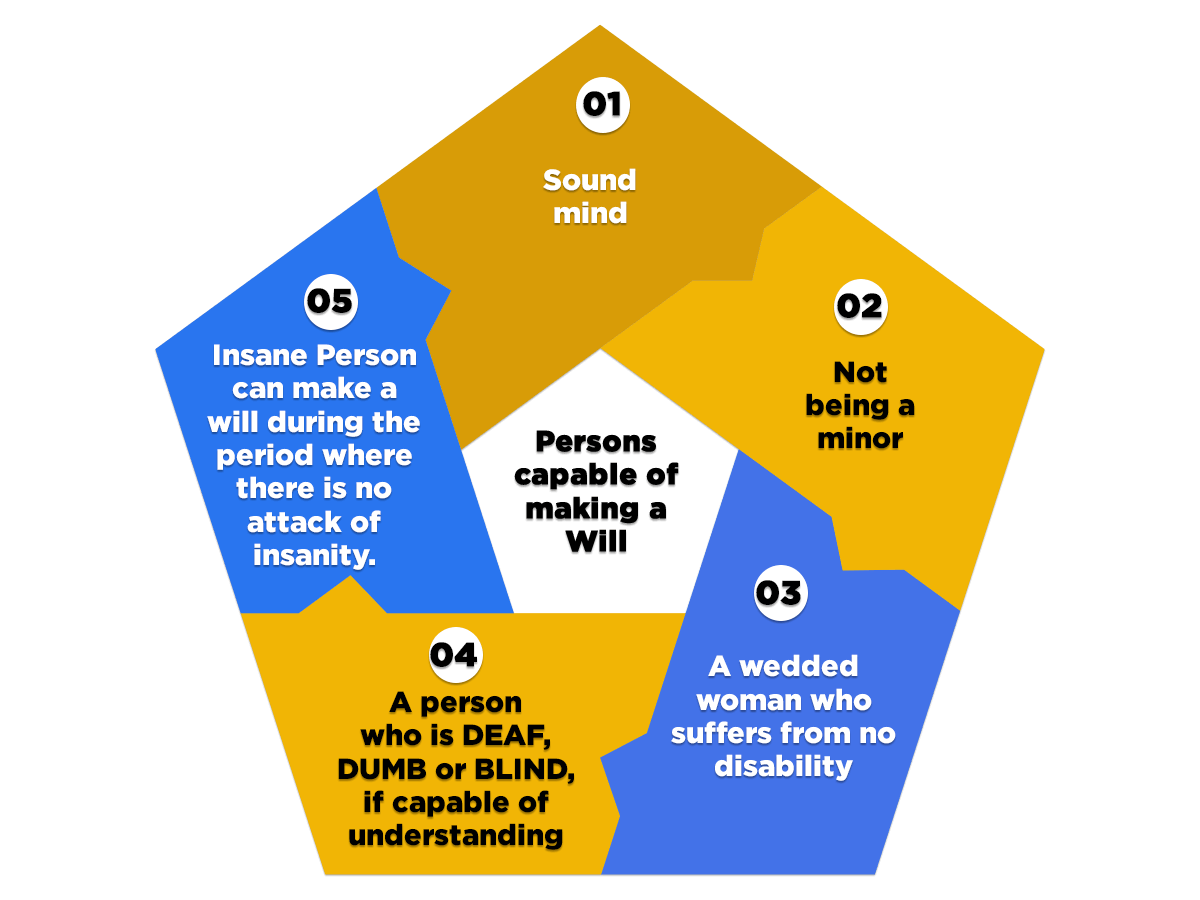 6 Elements of a Will

The six essential elements of a valid will are: 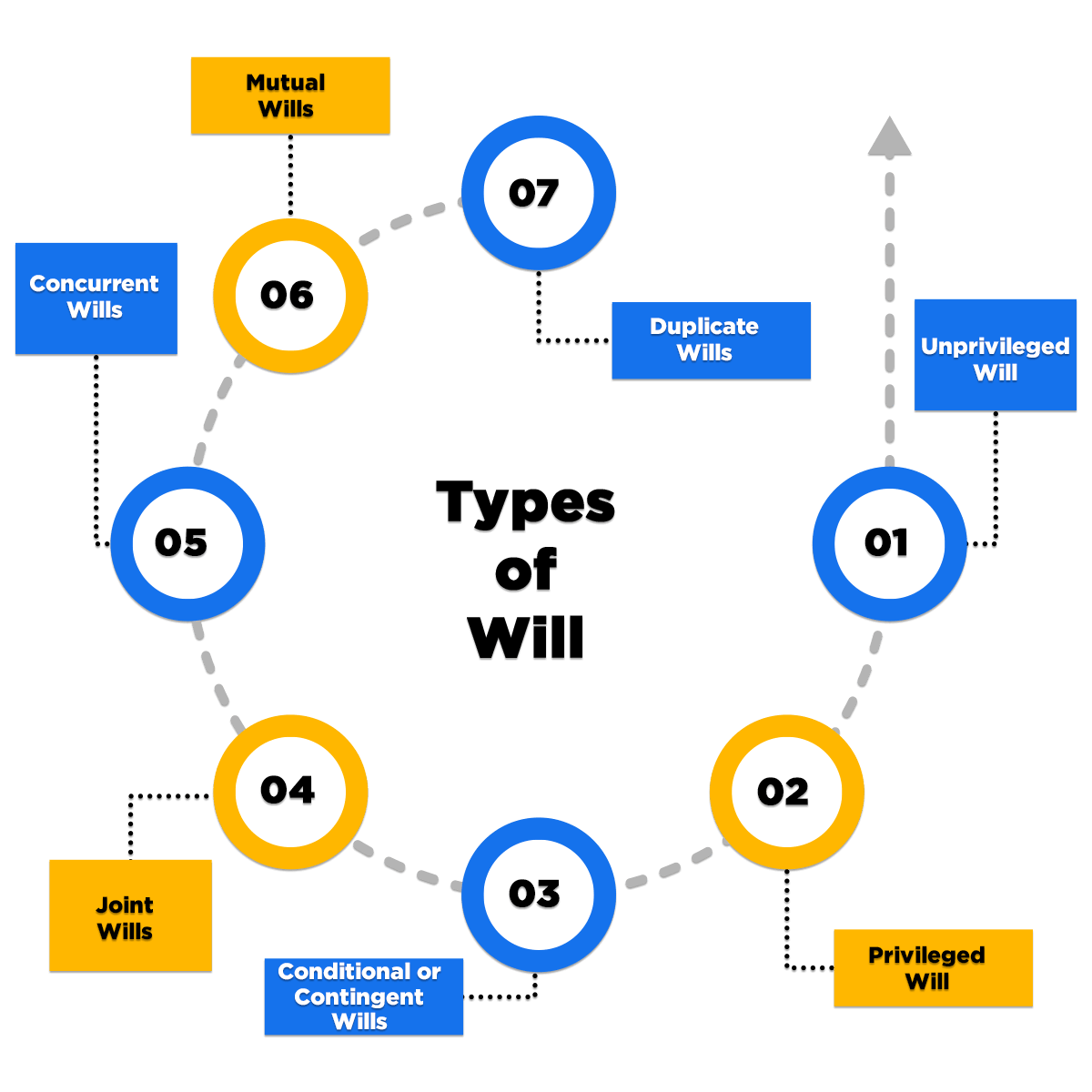 Different type of legal will are as follows:

What does the Probate of Will mean?

The term “Probate of Will” means a copy of Will that is certified under the official seal of a Court of competent jurisdiction.

Which law governs a Legal Will?

The provisions of the Indian Succession Act 1925, acts as the governing law for a Legal Will.

Is there a need to obtain probate in all the states of India?

Yes, it is mandatory to obtain probate in all the states of India.

What is the Fee charged for the Probate of Will?

The percentage of the fee charged for the probate will depend on the discretion of the court.

What are the advantages of Probate of a Will?

The main advantage of a Probate of Will is that it offers the court a chance to handle a disputed will.

What is the Checklist of Documents needed for Probate of a Will in India?

There are various documents required for Probate of a Will. For more details, reach out to swarit advisors or read the service page content given above.

Is it significant to advertise a will after registering probate?

Yes, it is significant to advertise a will after registering probate.

What does Proof of Death mean?

The term “Proof of death” means the submission of the original death certificate.

How can the death of an army official be proved?

If an individual gets killed in action while serving in the armed forces, then the official notification might be given in the proof of death of the testator.

What does a Will mean?

The term Will means a written document that affirms the manner in which an individual will distribute the property after his/ her death.

Who is an “Executor” of a Will?

The term “executor” means a person who is responsible and accountable for the execution of a legal will, i.e., he/she is responsible for distributing the wealth and property of the deceased person as per his/ her wishes.

Is it mandatory to provide the name of the executor in the will?

No, it is not mandatory to provide the name of the executor in the will.

Can a Legal Will be revoked?

Yes, every will is revocable till the life of the testator.

When can a Will not be revoked?

After the death of the testator, the will made cannot be revoked.

Can an individual give all of his/ her property in Will?

Yes, a testator can give all his/ her property in a will.

Can a Muslim person give all of his/ her property in Will?

No, a Muslim person can give only 1/3rd of the property in a Will.

What is the Format of Will under Muslim Law?

The format of a legal will under Muslim Law is immaterial. That means the same can be either written or oral.

What are the different types of Wills?

Who is eligible to make a Legal Will?

A person who is of sound mind, capable to understanding, and is not a minor can make a Legal Will.

Can a Deaf make a Legal Will?

Yes, a Deaf can make a Legal Will, if he/ she is capable of understanding.

Can a Dumb make a Legal Will?

Yes, a Dumb can make a Legal Will, if he/ she is capable of understanding.

Can a Blind make a Legal Will?

Yes, a Blind can make a Legal Will, if he/ she is capable of understanding.